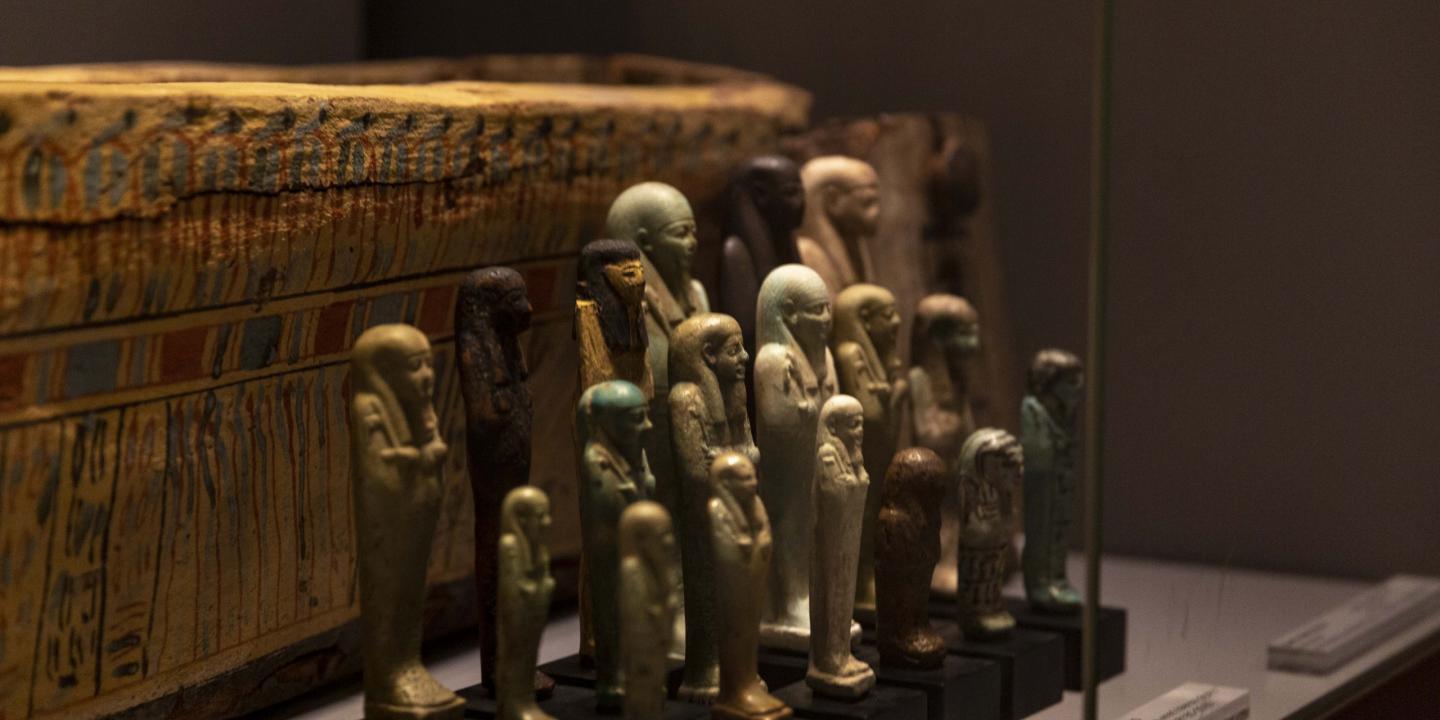 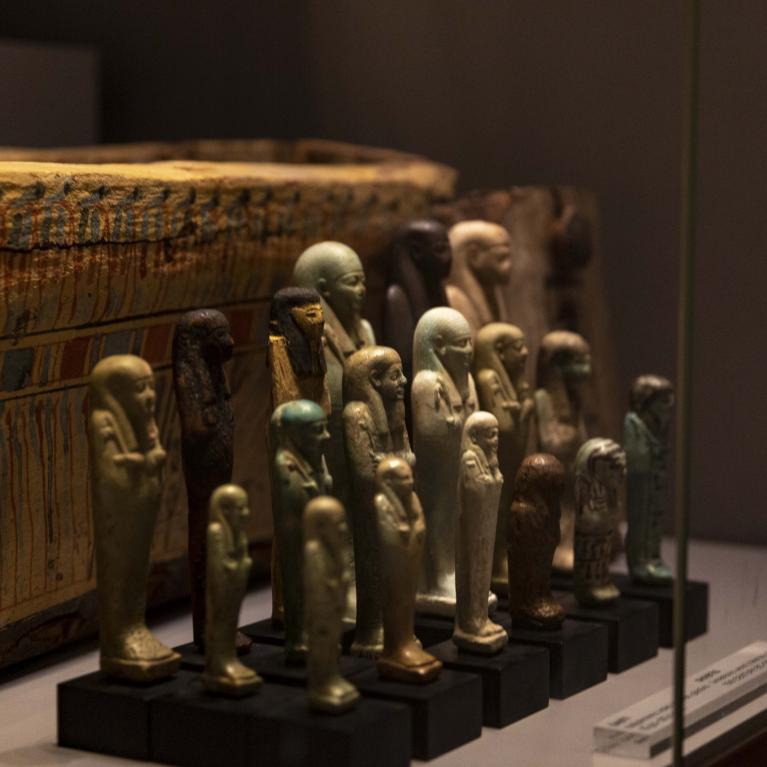 The Ancient Egypt Chamber is located in one of the three large safes of the former Riga stock exchange. The doors decorated in neo-Gothic style have retained their original form allowing us to visualise the time when it was an important and well-guarded room.

Next to the entrance of the Chamber, a significant work of the collection is displayed – the granite sculpture of Meryra, a high-ranking official of the 18th Dynasty of the New Kingdom. There are pre-Dynasty period Badari-Naqada ceramics and ritual palettes of various shapes, made between 4400 – 3200 BC exhibited in the Chamber. These are also the oldest objects in the museum collection.

A wooden sarcophagus with a mummy is placed in the centre of the Chamber. The sarcophagus was made during the Third Intermediate Period, at the beginning of the 22nd Dynasty (c. 945-900 BC).