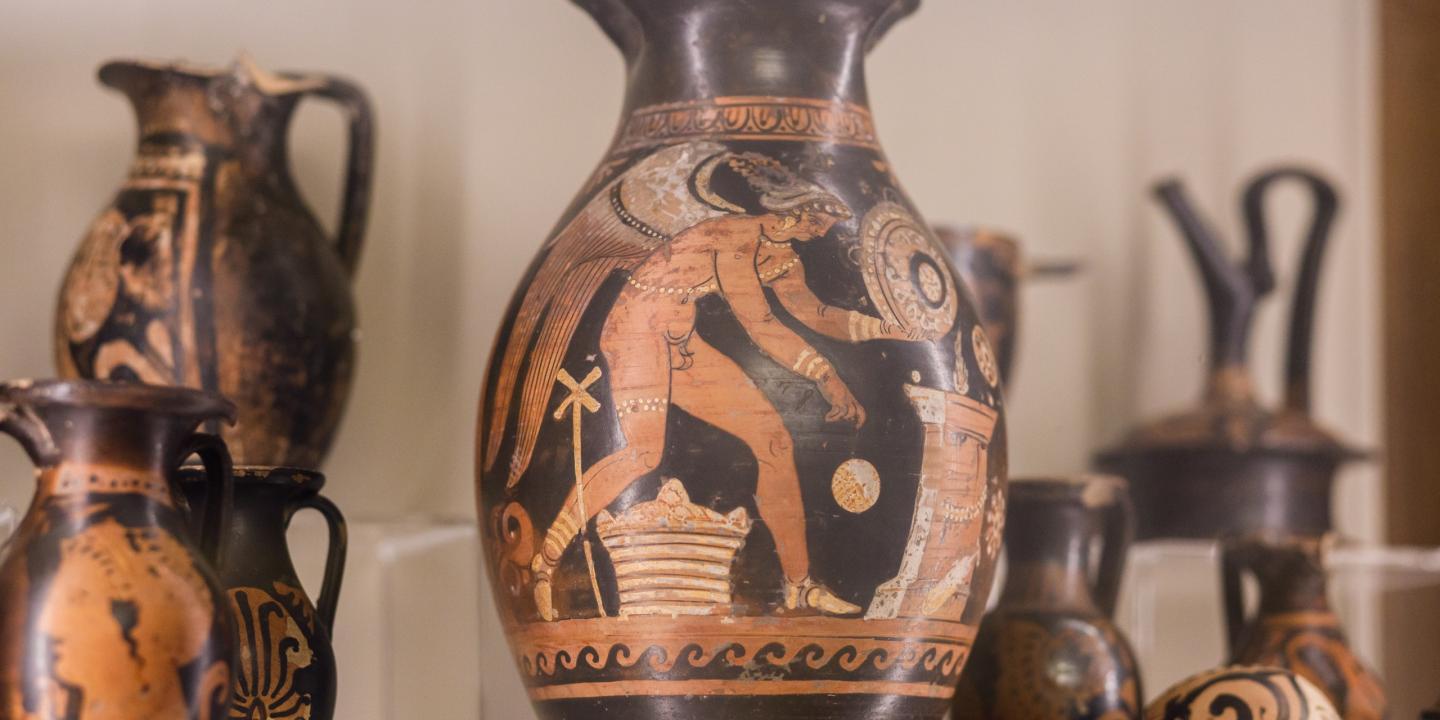 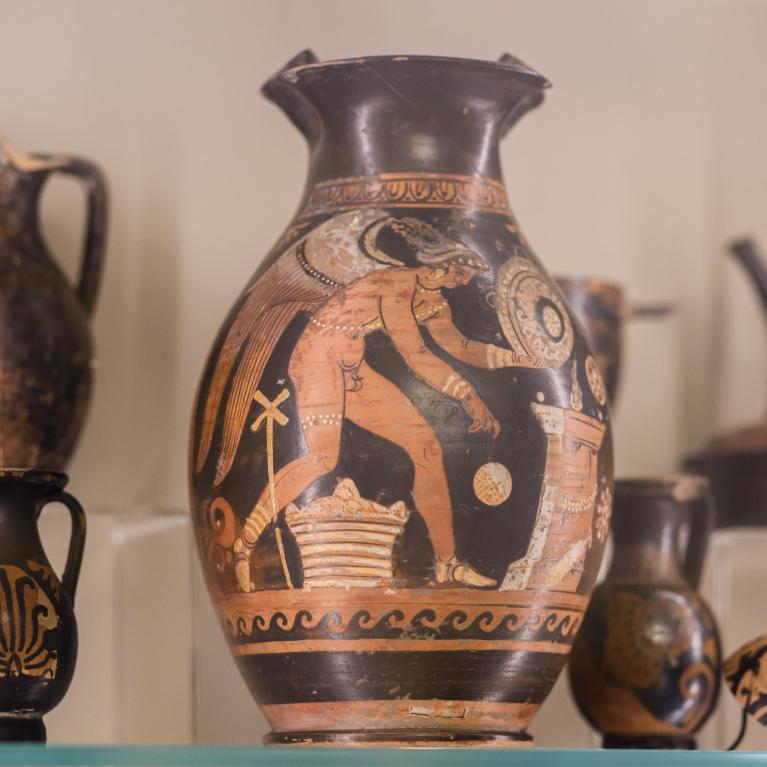 The collection of Ancient pottery shows the items of Ancient Greeks and its southern Italian colonies – Puglia and Gnathia, Etruscan and ancient Italian tribes in Messapia and Daunia produced from the 15th to the 2nd century BC, allowing to trace the main developmental periods of pottery and diversity of its forms and decorations. The display mainly consists of black-figure, red-figure and black lacquer ceramics made in Attica, Puglia and Gnathia.

The collection of Ancient numismatics includes coins from Ancient Greece, Hellenistic kingdoms as well as the Roman Republic and the Roman Empire, dating from the 6th century BC to the 4th century AD. Coins of the Roman Empire make up the largest part of the collection. They cover almost the entire period of the Empire, representing most of its rulers from Augustus to Valentinian II. The ancient sculpture is represented by three marble sculptures – Roman copies (1st–2nd century AD) from Greek originals.