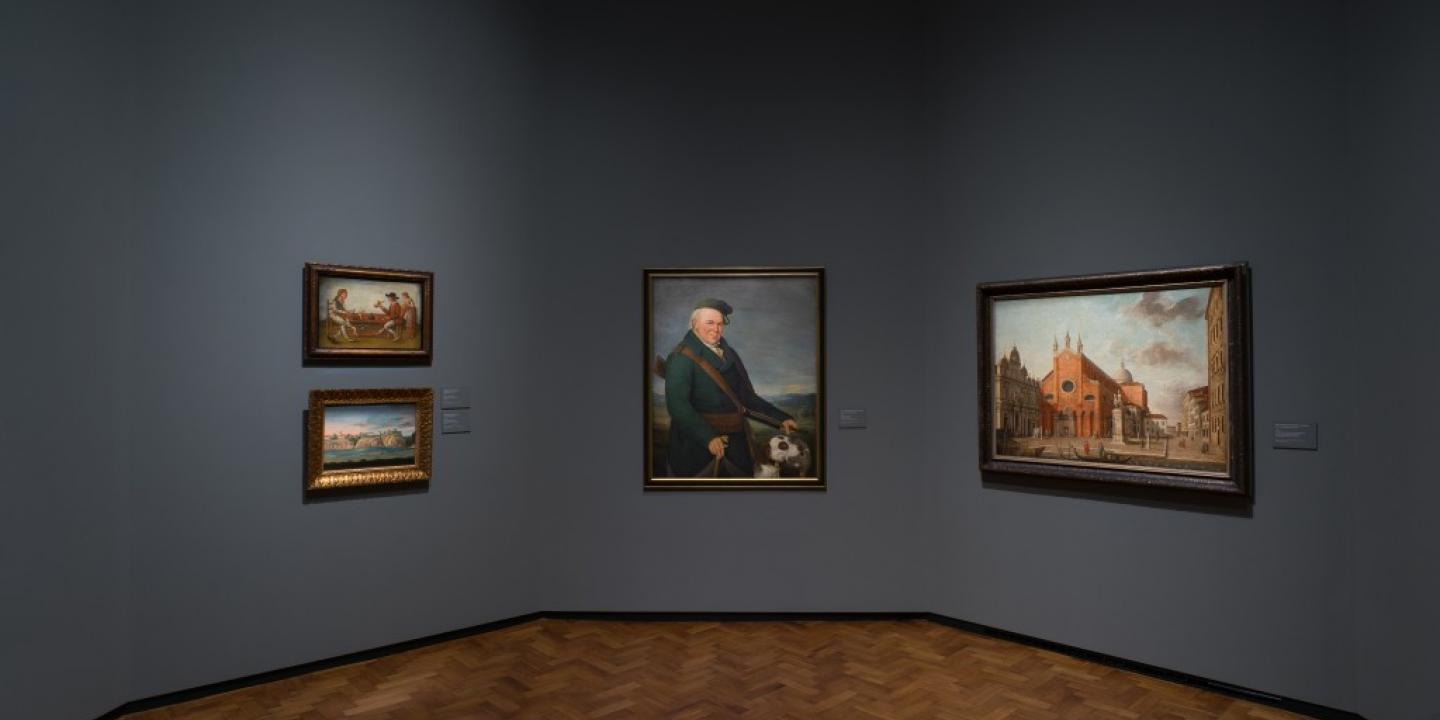 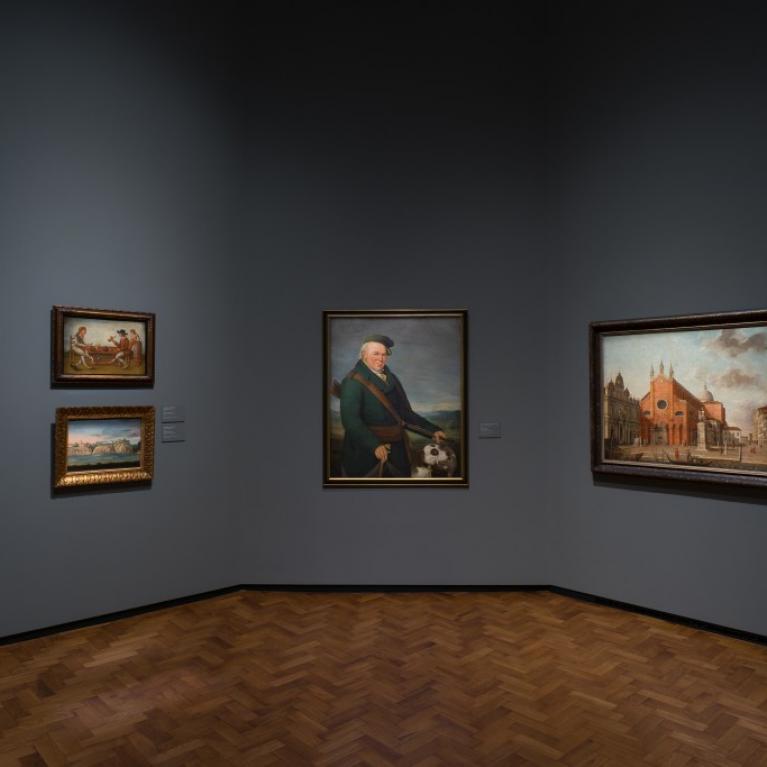 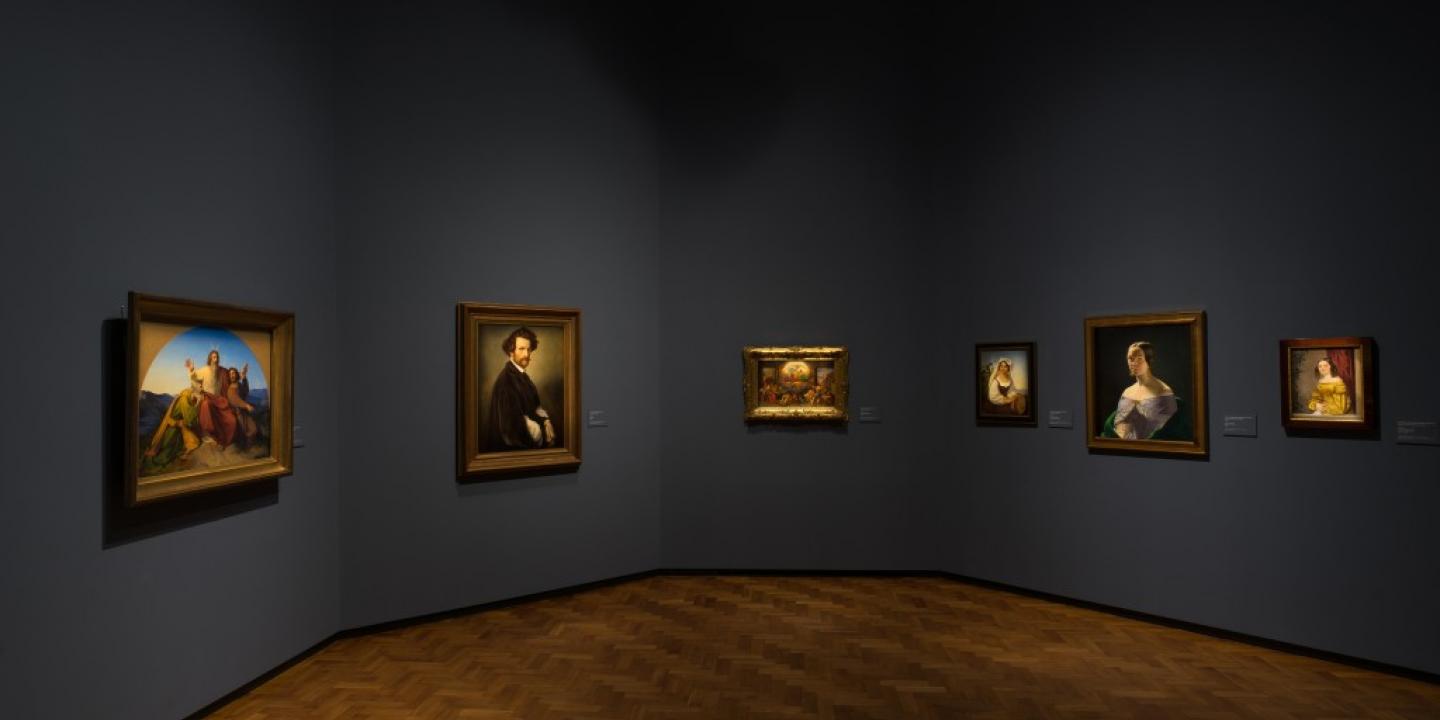 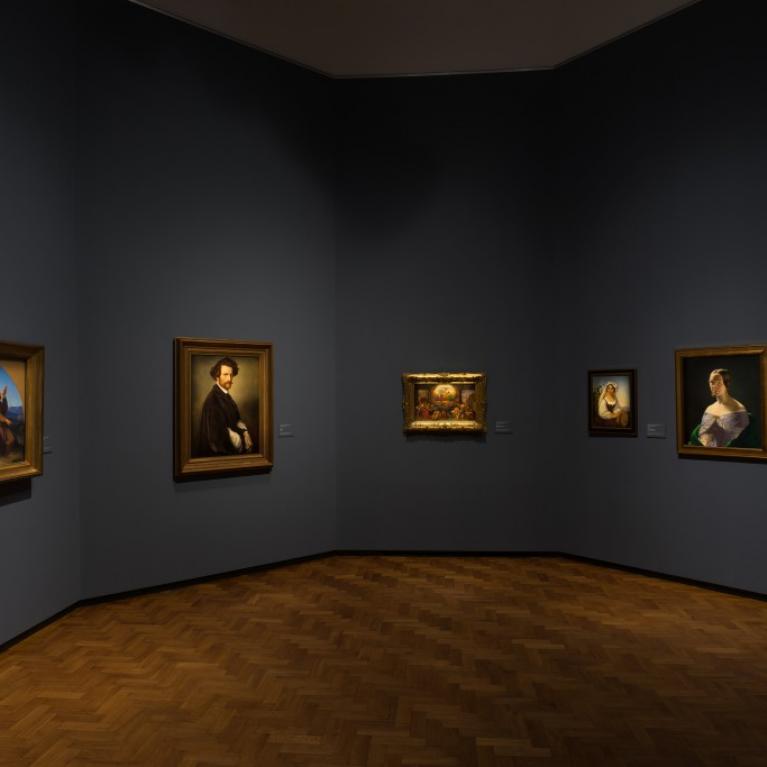 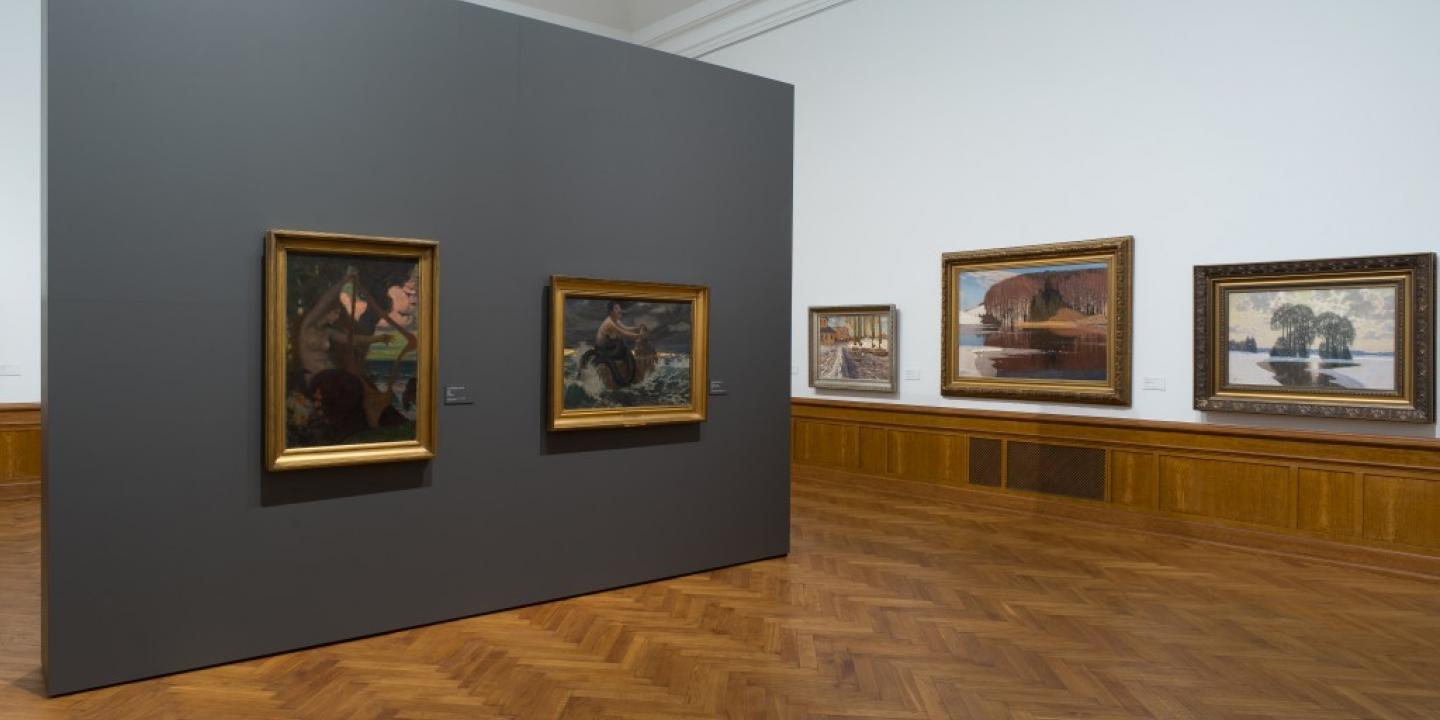 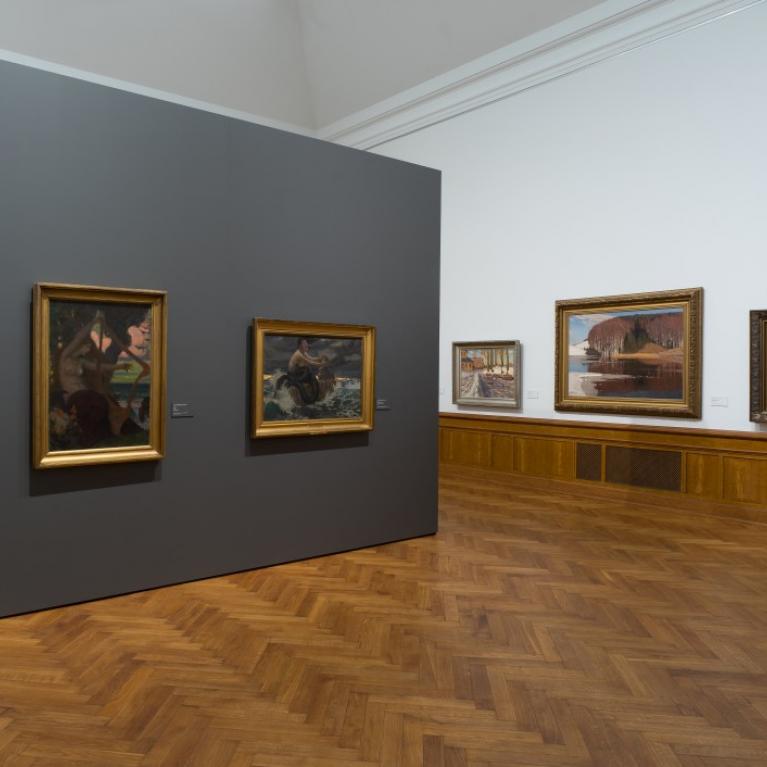 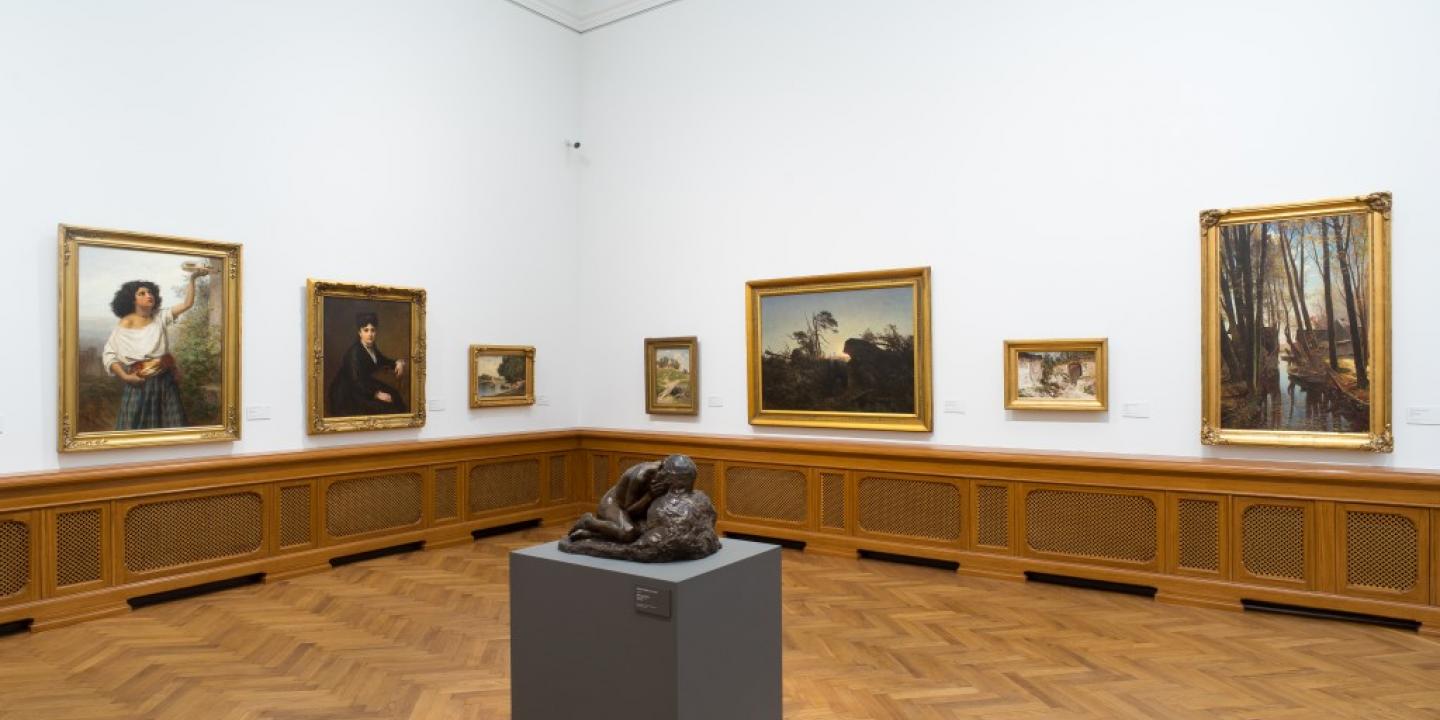 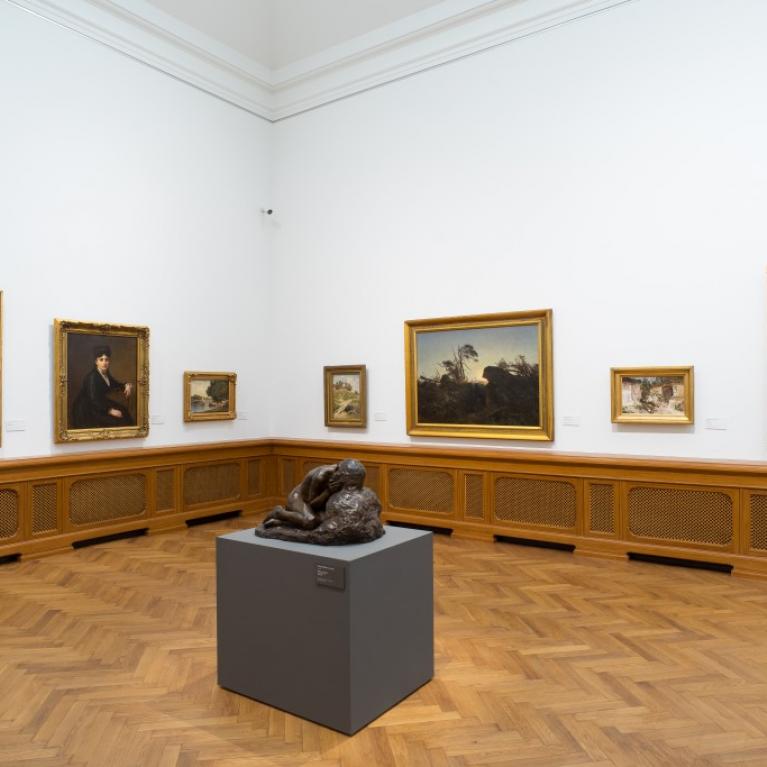 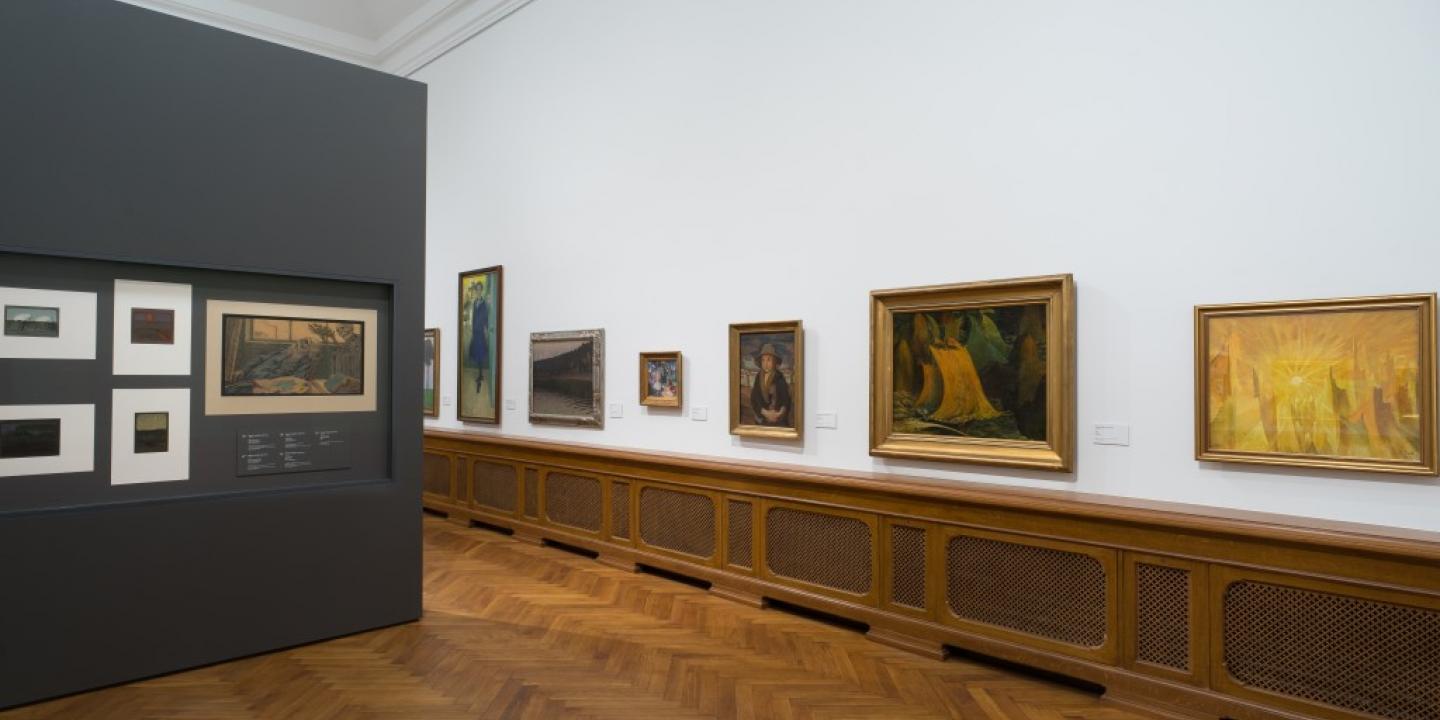 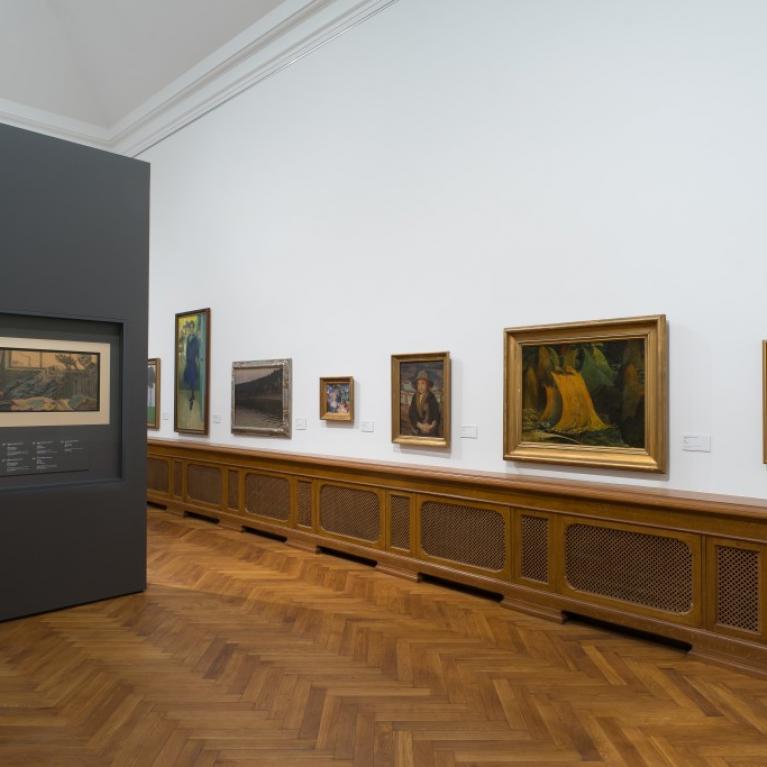 The permanent exhibition in the main building of the Latvian National Museum of Art shows the richness of the museum's collection, the history of its formation as well as the most outstanding achievements of national art from the end of the 18th century to the end of the 20th century.

The exhibition highlights the most important personalities – both those authors, who have expressed the ideas and ideals characteristic of each period, and the oppositionists and reactionaries, who dared to go against the flow. The selection of artworks accentuates valuable works from outstanding artists who create signs and symbols of their centuries. The collection of artworks reflects the formation of national school, the criterions of professionalism and quality, as well as portrays the inheritance of artist generations. The chronological order of permanent exhibition starts on the 3rd floor where the artworks relate to the time when the museum was formed (1905).

Until the middle of the 19th century the dominant role in the local art scene belonged to professionals who had come from various European cultural centres. They brought with them to Vidzeme and Kurzeme the typical impressions of European styles and movements – Academism, Classicism, Romanticism and Biedermeier. Private commissions dominated artistic life. Paintings of landscapes, portraits and still-lifes became an important element in the life of the better educated and wealthier part of Baltic German citizenry. The authors of the works in the exposition include both those, who had come from German cultural centres, and artists born in the Baltics: Johannn Lebrecht Eggink, Robert Konstantin Schwede and Georg Wilhelm Timm, Carl Gotthard Grass, Johann Heinrich Baumann and others.

In the middle and second half of the 19th century, when realism was the leading artistic style in Europe, the first individual professional Latvian artists entered the local art scene. They included the master of history painting Kārlis Hūns, popular landscape painter Jūlijs Feders and the first professional Latvian portrait painter Jānis Staņislavs Roze.

At the end of the 19th century, Latvian artists Janis Rozentāls, Johann Walter, Vilhelms Purvītis, Gustavs Šķilters and others studied at the Saint Petersburg Academy of Arts, joining together in the association Rūķis [Dwarf], where conscious formation of the national school of painting was taking place. Influences of the most recent art entered the artists' works and around 1900 early propositions of Impressionism, Symbolism and Art Nouveau appeared next to Academism and Realism.