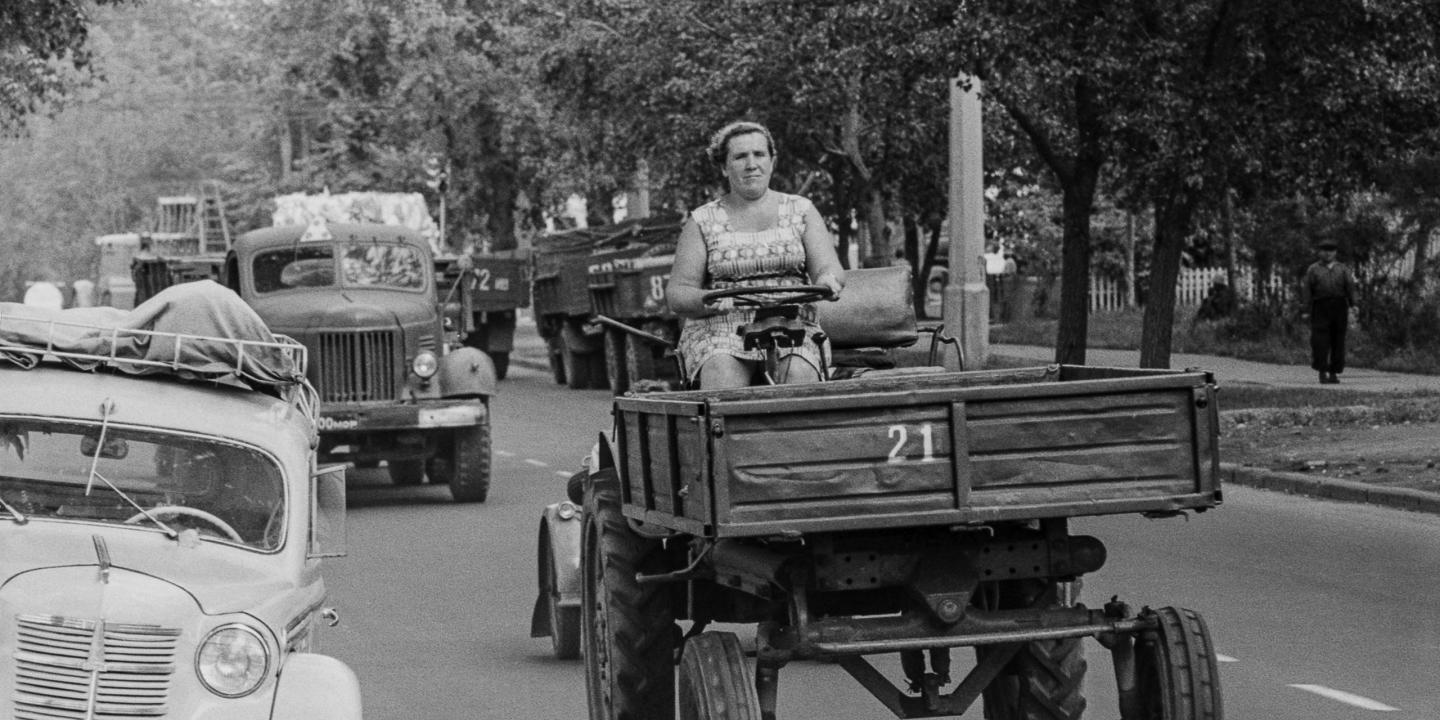 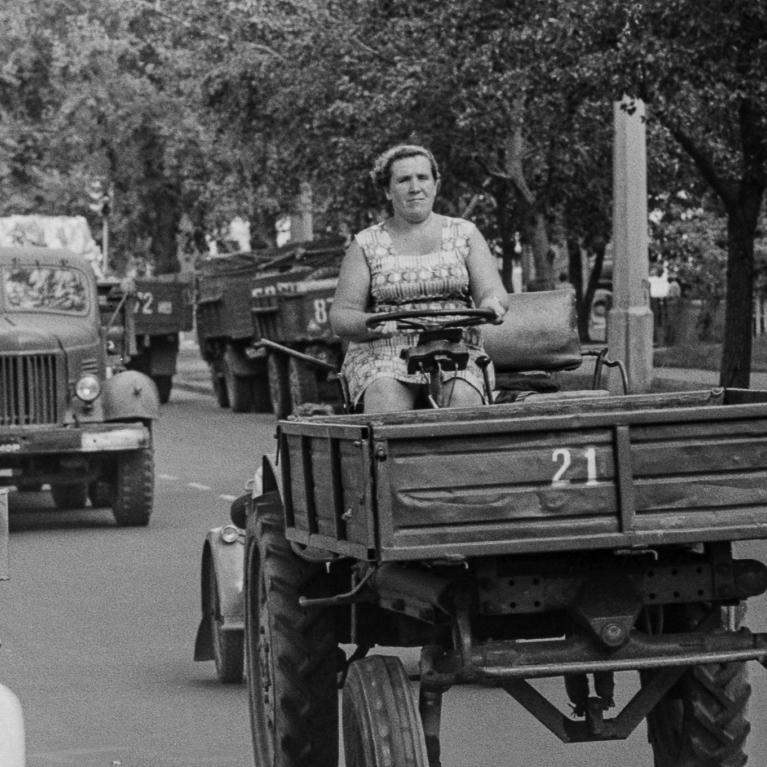 From 19 February 2022, the new permanent exhibition 12 Photographers / 125 Photographs / 10 Series is open to the public in four small cabinets in the right wing of the 2nd floor of the main building of the Latvian National Museum of Art in Riga (Jaņa Rozentāla laukums 1).

The exhibition is made from the Latvian National Museum of Art (LNMA) collection of photography. It includes works by 12 Latvian photographers – Gunārs Binde, Māra Brašmane, Uldis Briedis, Zenta Dzividzinska, Andrejs Grants, Gunārs Janaitis, Gvido Kajons, Valts Kleins, Sarmīte Kviesīte, Aivars Liepiņš, Inta Ruka, and Egons Spuris. Exposition shows photo series made in the 1960s–90s, providing an overview of the process of development and transformation in Latvian photography during this period.

The 1960s in the life of photography in Latvia was a time imbued with enthusiasm and excitement. After World War II a broad network of photo clubs was taking shape throughout the world. These clubs were established and headed by photographers who wanted to develop photography as an autonomous art form. Following these principles, Riga Photo Club was established in Latvia in 1962, and the majority of photographers of the 60s-70s where members of this club.

In Soviet art, photography was not institutionalised and integrated in the hierarchy of fine art media. The development of photography was left to amateurs, and its censorship and ideological coercion was not as pronounced as in fine art. This photo amateurism possessed an international character – photographers had the opportunity to send their own works to international juried photography exhibitions, to establish contacts with colleagues from other countries and exchange their photographs. The catalogues of international exhibitions as well as Czech, Polish, East German, Hungarian photography magazines, which were also available in Latvia, made it possible to get to know the works of many of the world’s most notable photographers. In the 60s, Latvian photography began to integrate in the international circulation of ideas, images and stylistic trends.

In the 60s-70s, Gunārs Binde achieved significant international success. The canonical portrait of the legendary Latvian theatre director Eduards Smiļģis was awarded a gold medal at the 29th International Salon of Photography (XXIX Salón Internacional de Arte Fotográfico) in Buenos Aires, Argentina in 1965. Binde developed an original method of staged photography in which he synthesised direction, acting, the principles of a film still and documentary photography. The artist stresses that for him it is important to create a photographic image, and he is not interested in documentary photography as an art form. Yet Binde’s cycle presented in the exhibition, Hello, Moscow! (1965), made in collaboration with Sarmīte Kviesīte and Arnolds Plaudis, was made in the documentary genre. It resulted from a commission to produce an optimistic advertising film for foreign viewers about the life of the capital of the USSR. Alongside images useful for the film, there was documentation of a row of shots undesirable for Soviet propaganda, which today provide an insight in typical Moscow street scenes of the mid-60s.

Portrait images of the 60s-70s are characterised by the search for a dramatic hero, making use of eloquent gestures, looks and movements, heightening contrasts of light and shade, striving for the expression of fields of composition, with artists aiming to achieve a symbolic generalisation of the image. It can be observed in the portraits by Gunārs Binde, Sarmīte Kviesīte, Gunārs Janaitis. Zenta Dzividzinska’s photography likewise grew out of this tradition, but her works from the 60s also demonstrate an interest in the manifestations of the avant-garde. Her aesthetically refined series Riga Pantomime (1964–1966), which captures episodes from the troupe’s rehearsals, puts forward an experimental process. Non-traditional framing, double-exposure, optical deformations, the multiplication of images, experiments with photographic chemicals, the image’s contrast and grain are used in the search for formal expressivity. In the context of feminism, attention should be payed to Dzividzinska’s atypical representation of women which contrasts with the aestheticised images produced by the male gaze. This can be seen in separate female portraits as well as her series House Near the River (1960s–70s), which captures in snapshots everyday moments of a family in the yard of a country house. These works are not intended as representative photographs, they are permeated with intimacy that lets us peek into the sphere of private life belonging only to the people in the photograph.

In the 60s photographers had to prove that photography too was an art form, various formal means were used in order to constitute a photograph as a work of art. Documentary photography was left to journalism and was not regarded as photographic art. Today, to the contrary, social reportage and the fairly ordinary scenes of the 60s have become an invaluable document of the times. Uldis Briedis’ images, which were captured in the countryside when Latvia’s Kurzeme shore was the western border of the USSR and every city had a Lenin monument, tell about history, politics and people. Māra Brašmane’s photographs, which were made by unpretentiously recording her contemporaries, environment and everyday life, where only appreciated thirty years after their making.

In the 70s, the significance of documentation in photography also began to be developed theoretically by the photo-aesthete and modernist Egons Spuris. Latvia’s Cultural Canon includes his series In Riga’s 19th and Early 20th Century Proletarian Districts (1970s–80s). Spuris began to use the term “subjective document” in which the recording of reality takes place under the influence of the author’s subjective framing and aesthetics. Spuris’ style is characterised by laconic composition and subject, a graphical visual language, accentuated contrast. From 1975, Egons Spuris headed the Ogre photo club, giving rise to a generation of followers – Inta Ruka, Andrejs Grants, Valts Kleins, who, together with Gvido Kajons and other photographers, in the 80s provided the basis to talk about the ‘new wave’ in Latvian photography.

The new generation relied on the documentation of everyday life. Serialism which was characteristic of conceptual art appeared in photography. In the 80s, Gvido Kajons started a series of street photography, Theme 011, where the symbols, ideological slogans, parades and everyday life typical of the Socialist period are captured in a satirical moment, demonstrating the author’s refined sense of humour and attitude towards the often surreal absurdity of the time. In the 80s–90s, the attention of photographers was turned to the social conditions of the colonial demise and post-socialist situation.

The human being is at the centre of attention in these social and anthropological series, and the cycles selected for the exhibition also point to humanist photography. Aivars Liepiņš’ series Teiči Bog. Siksala (1987–1995) follows the secluded rural life of a community of old believers, while his series Children’s Social Care Centre No. 2. Baldone(1991) draws attention to children with mental developmental disorders who require constant social and medical care. In his series I Want to Be Happy (1992), Valts Kleins portrayed dozens of children with behavioural problems, who are separated in corrective institutions and wrote their desires on the photographs of themselves. These series were produced with an attitude rooted in profound humanity and empathy. Over the course of fifteen years, Inta Ruka has been visiting people in the environs of Balvi Parish, getting to know their families over several generations and creating the collection of human stories My Country People (1983–1998). The artist says: “It is always a story about fate. I am for those who believe that all of us have our own fate.” In documenting his contemporaries in the series Colleagues, Friends, Acquaintances (1980s–90s), Andrejs Grants is looking for the enchantment of the moment and the sense of mystery of being, the deeper dimension of existence, time and timelessness.