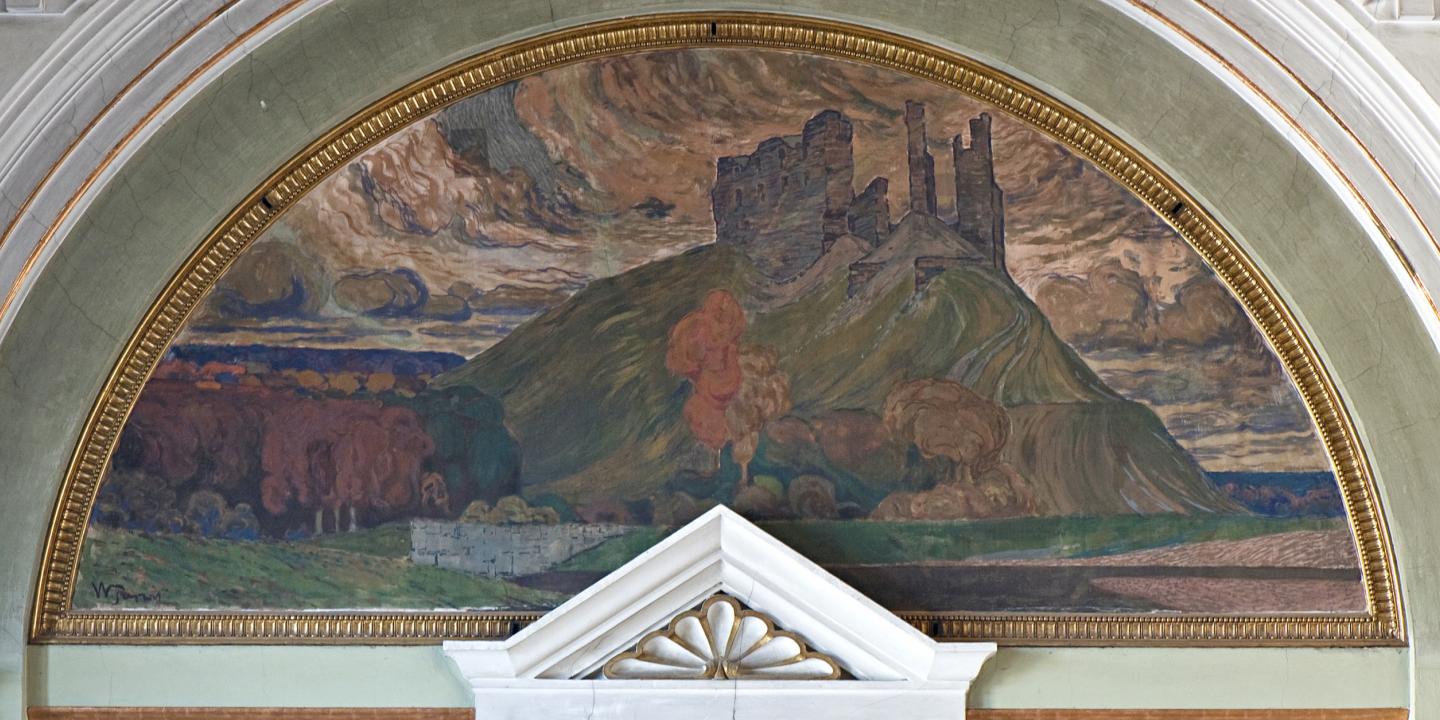 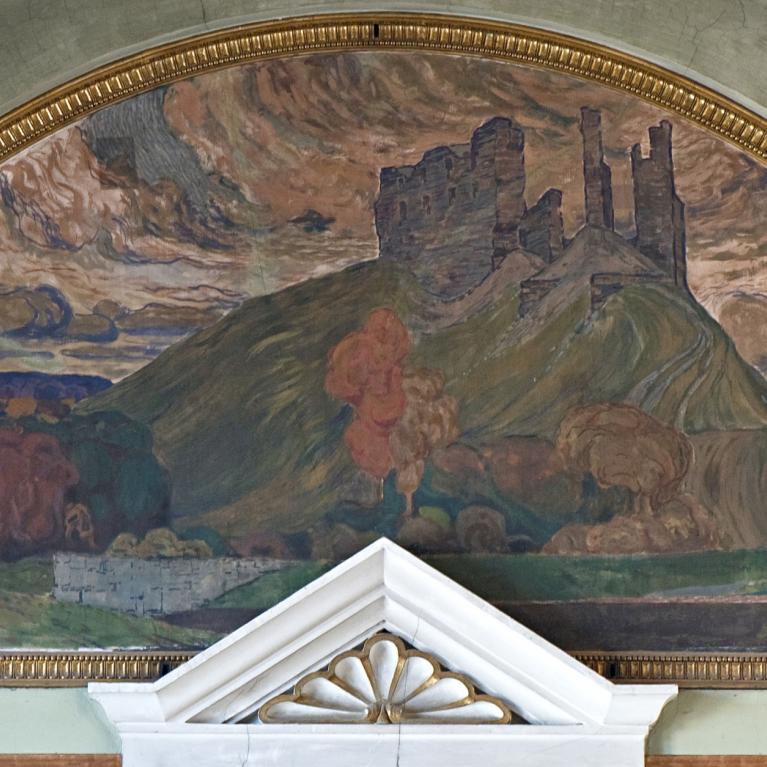 Purvītis' Wall Painting Viewable Close Up at the LNMA

During the exhibition PURVĪTIS, the Latvian National Museum of Art offers the unprecedented opportunity to climb 4-metre-high scaffolding to have a closer look at one of Vilhelms Purvītis’ wall landscapes decorating the 3rd floor vestibule – Koknese Castle Ruins, created in 1907.

When the new building of the Riga City Art Museum was completed in the autumn of 1905, Purvītis was invited to decorate its interior. There were made three murals by Vilhelms Purvītis'. Purvītis did not finish work on the lunettes until 1908, as he was living and working in Reval (now Tallinn) at the time and could only focus on the murals in Riga during his summer vacations. 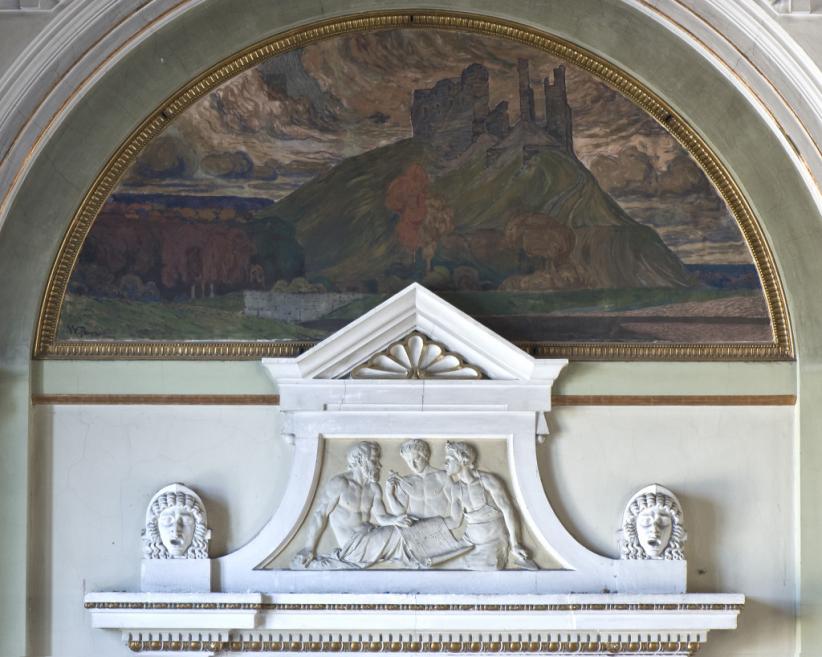 Vilhelms Purvītis. Courland. 1908.
Photo: Normunds Brasliņš
The approximately four-metre-wide semi-circular paintings for the museum's lunettes are the artist's only accomplishment in monumental-decorative painting. In them Purvītis has captured two Latvian landscapes that have already been lost the old town of Jelgava before its destruction in World War II and the Koknese castle mound which was flooded in 1965 during the construction of the Pļaviņas Hydroelectric Power Plant.


The author of the other three decorative murals is Baron Gerhard von Rosen (1856-1927), a renowned landscapist of the time. 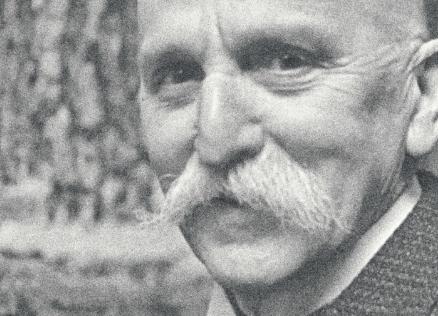 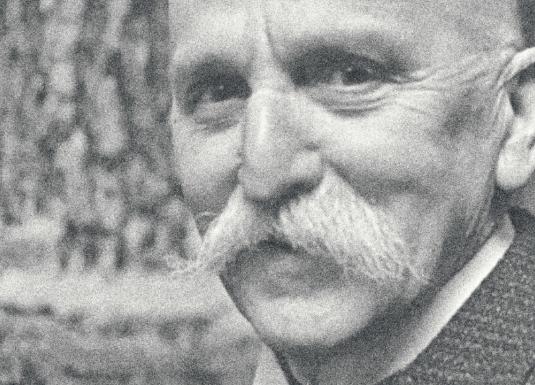