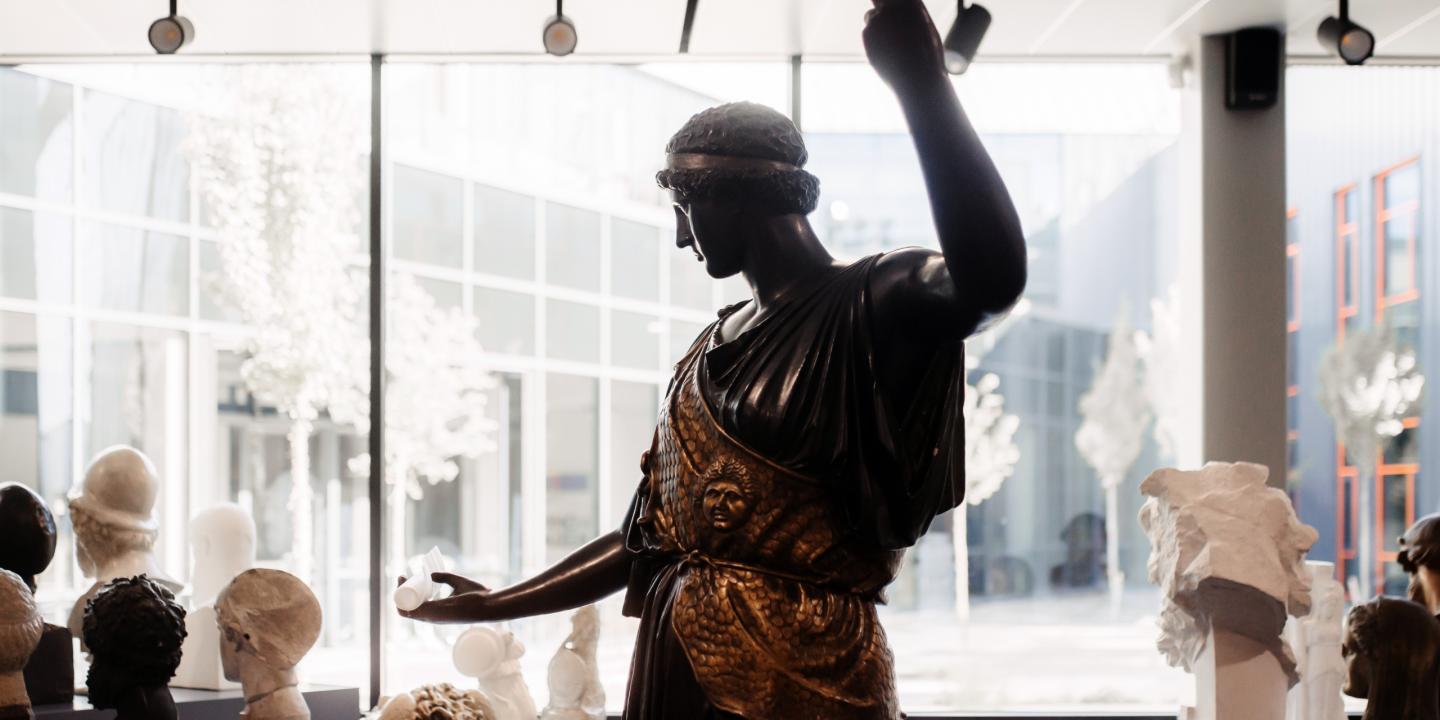 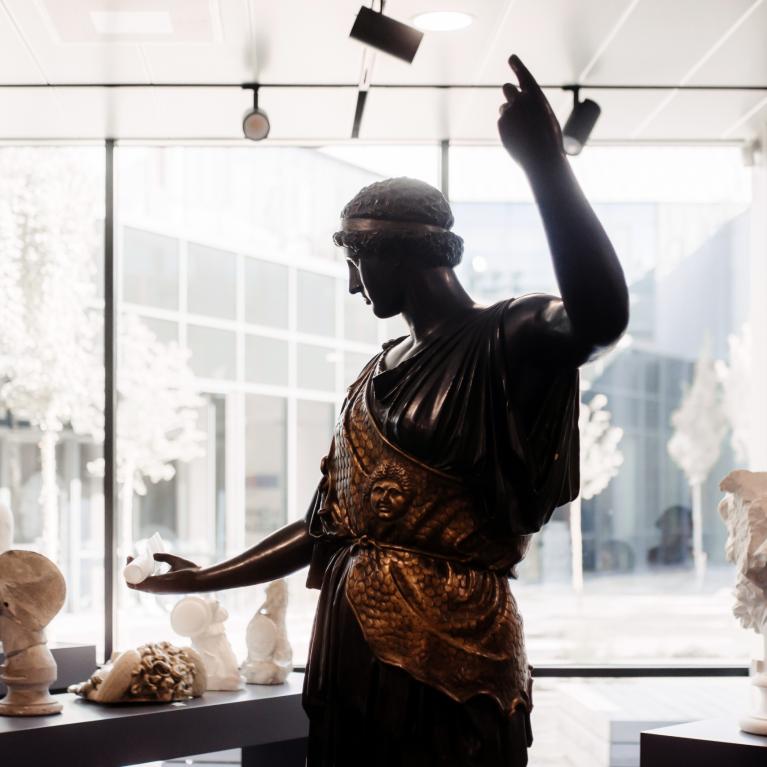 The exhibition is a display of copies of artistic masterpieces from the Classical period – Ancient Greece and Ancient Rome – as well as the Renaissance in a contemporary format. The plaster casts are part of the collection of the Foreign Art Department of the Latvian National Museum of Art.

The core of the exhibition consists of sculptures commissioned for the Column Hall in the early 20th century by Wilhelm Neumann, the first director of the National Museum of Art (at that time – the Rīga City Art Museum). The exhibition also includes works inherited from the University of Latvia’s Art Cabinet and the Courland Provincial Museum. The sculptures were exhibited in Riga Castle, at the former Museum of Foreign Art from the 1950s until 2010.

The exhibition in the museum storages complex is designed as a Forest of Sculptures, in which time and space merge into a single unity, observing the chronology of art history and the principles of collection management. The artworks exhibited, with more than a hundred years history, are copies of world famous sculptors, such as Myron's "Discobolus", Praxiteles’ "Hermes and the Infant Dionysus", Verrocchio's "David with the Head of Goliath", Michelangelo's "Moses".