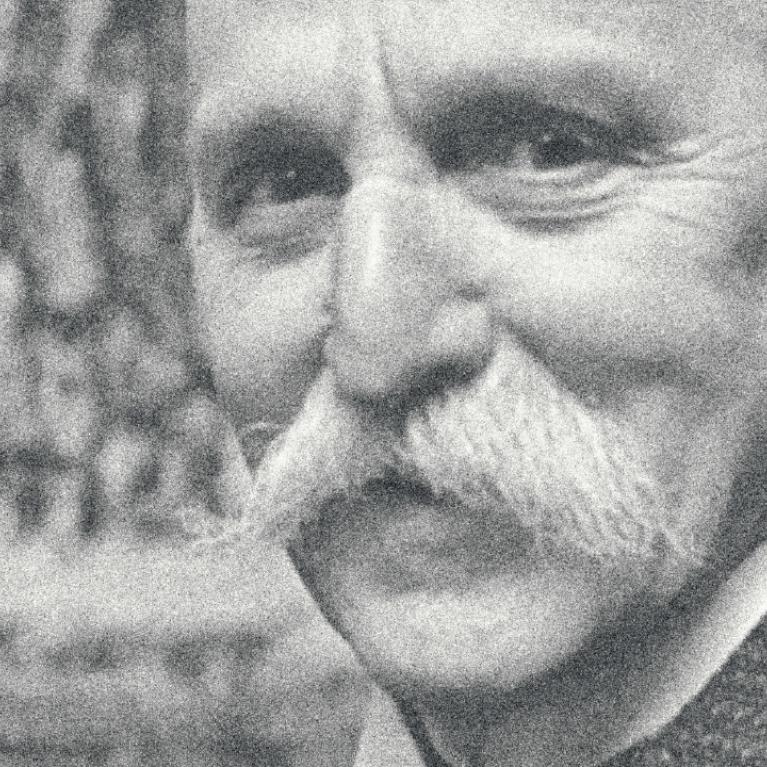 PURVĪTIS, an exhibition dedicated to the 150th anniversary of the outstanding Latvian landscapist Vilhelms Purvītis, is on view in the Great Hall of the main building of the Latvian National Museum of Art in Riga (Jaņa Rozentāla laukums 1) from 28 May to 16 October 2022.

“The deepest essence of a work of art cannot be grasped and exhausted. (...) The works of the great masters are eternally beautiful and indestructible through the fact that they have been created with immense power of the spirit. (...) Eternally unfathomable beauty issues from a true work of art.”

The founder and most ambitious moderniser of national landscape painting, Vilhelms Purvītis (1872–1945) is recognised as one of the key figures in Latvian visual art of the first half of the 20th century. At the turn of the century, this accomplished painter of snow and early northern spring was noticed in St. Petersburg, Paris, Munich, Berlin, Vienna and other European art centres. The best-known representative of Baltic modern art was involved as equal in the latest transformations of the genre of landscape, achieving success abroad, authority in the artistic life of Riga and from then on a consistently high standing in the Latvian art world.

In Latvian art history and public perception, the name of this European Latvian classic has become one of the symbols of national identity. As poetic archetypes, “Purvītis-style” images, motifs and moods retain their presence in our sense and understanding of the landscapes that surround us. The painter’s vision of his native northern nature, as well as his classically composed ideal Latvian landscapes in changing seasons, are considered to be the canon of national landscape.

Purvītis deserves particular recognition as an implementer of the idea of higher artistic education and one of the architects of the cultural policy in the independent Latvian state, as the first rector of the Art Academy of Latvia and head of the Landscape Painting Master Class, and at the same time – as director of the prestigious Riga City Art Museum (now Latvian National Museum of Art), creator of the national art collection and organiser of representative international exhibitions.

This anniversary retrospective dedicated to the landscapist encompasses a selection of works from different periods of his career from the collection of the Latvian National Museum of Art – the largest surviving group of the artist’s paintings and graphic art, which is expanded with exhibits from the collections of Liepāja and Tukums museums and several private collections – including from the Belēvičs family, Andris Kļaviņš, the Zuzāns and others.

Alternating between more traditional painterly expression and one modernised by a multitude of influences, the artistic self-development and stylistic fluctuations of “early” and “late” Purvītis are revealed in the exhibition in the spectrum from plein-air studies and neo-romantic mood landscapes to broad panoramas marked by classical tradition and the composition of a majestic national landscape canon. 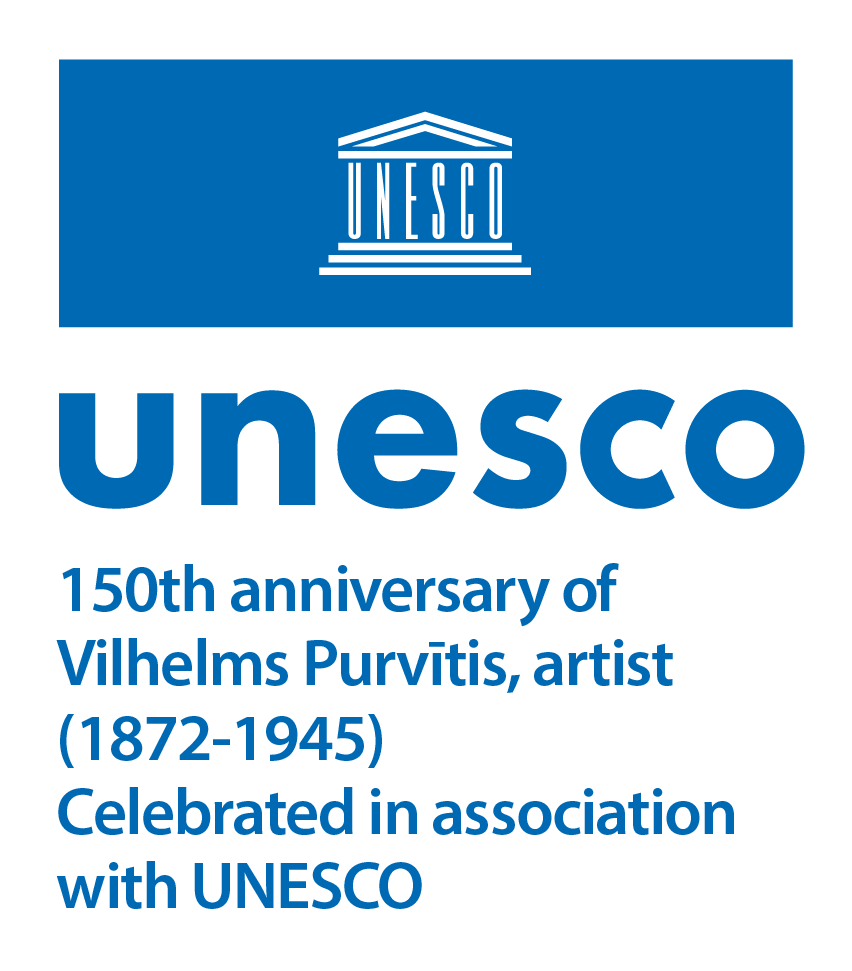 With the decision of the 41st session of the UNESCO General Conference adopted in November 2021, Vilhelms Purvītis’ 150th anniversary has been included in the list of celebrations with which UNESCO will be associated in 2022. Promoting international understanding of the diversity and achievements of world culture, UNESCO is marking anniversaries of events that are significant to member countries as well as highlighting personalities who, through their work, have made a significant contribution to the development of education, science and culture.

During the exhibition, the Latvian National Museum of Art offers the unprecedented opportunity to climb 4-metre-high scaffolding to have a closer look at one of Purvītis’ wall landscapes decorating the 3rd floor vestibule – Koknese Castle Ruins, created in 1907. The museum’s three lunette compositions are the artist’s only contribution to monumental decorative painting.

As a satellite to the exhibition, taking the place of Vilhelms Purvītis’ paintings in the hall of the permanent exhibition of Latvian art at the turn of the 19th and 20th centuries, is a group of Kristaps Kalns’ photographs titled Prototype, which thematically merge the permanence of the classics of painting with a documentation of today’s reality. Capturing the Latvian landscape in the changing seasons, the artist investigates from a documentary observer’s position the images, classical motifs and principles of composition that we know from Purvītis’ paintings.

An audio guide for the exhibition tells about ten Vilhelms Purvītis’ works in Latvian and English. Its use inside the exhibition requires a personal mobile phone and headphones, but these stories are also available for listening from any place with an access to internet. The audio guide is available free of charge in the LNMA mobile application and on SoundCloud. 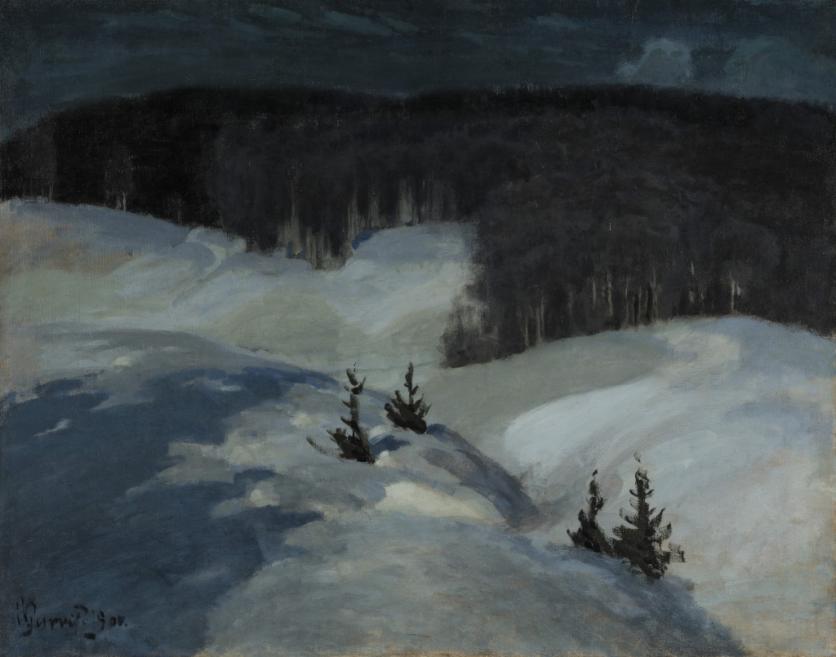 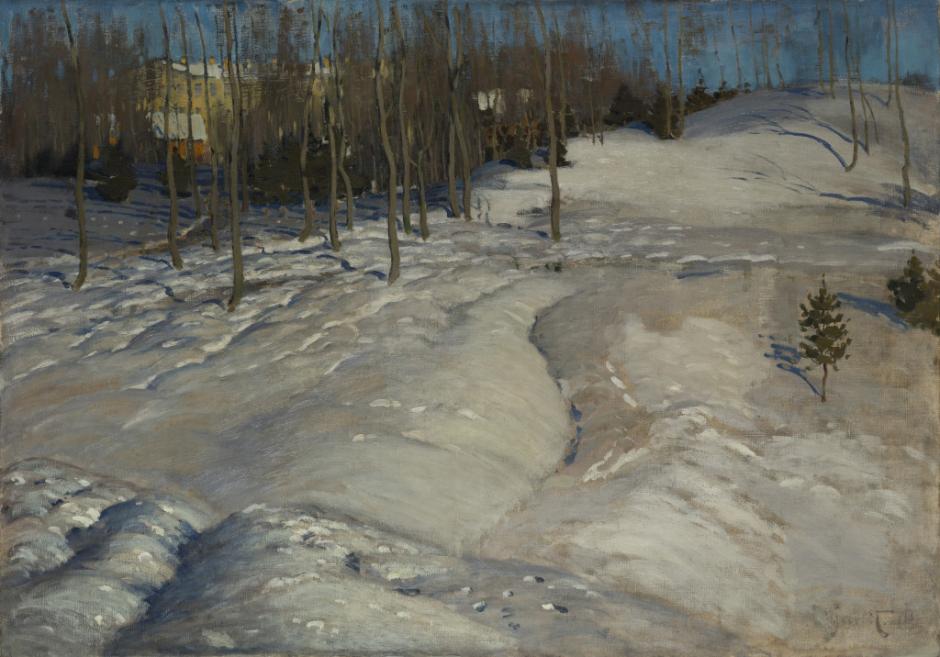 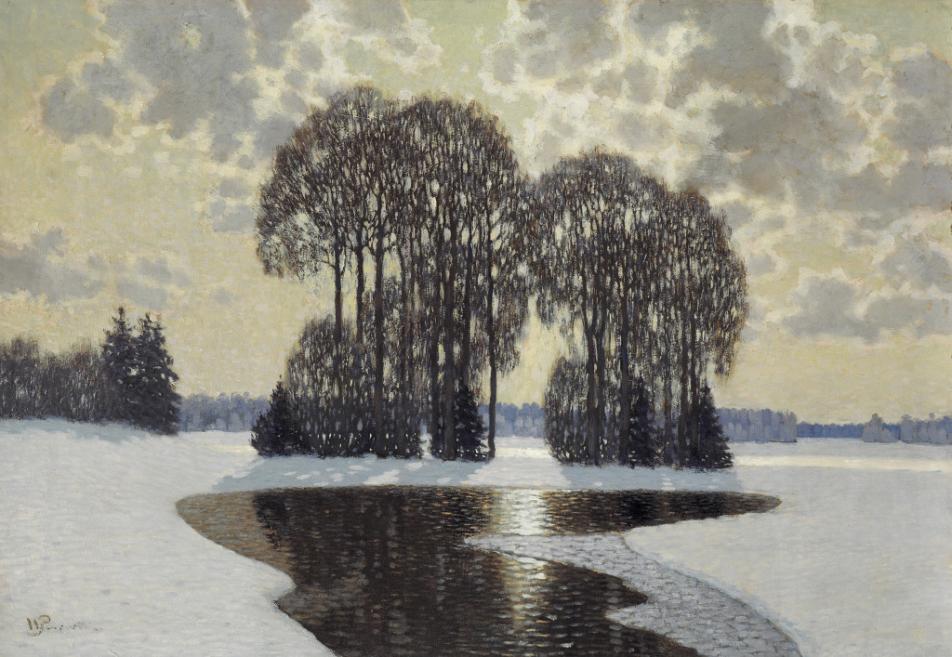 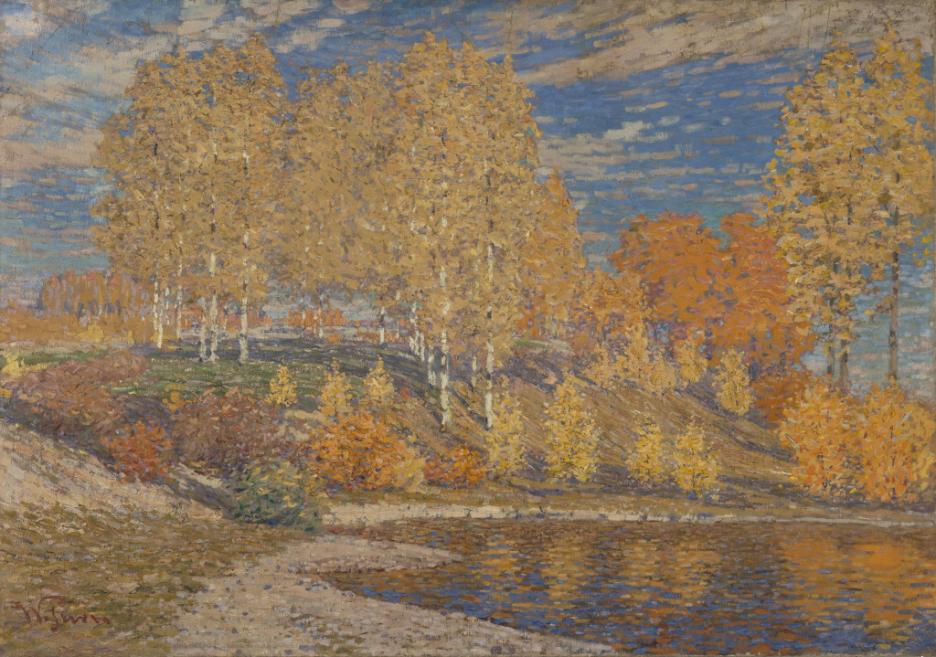 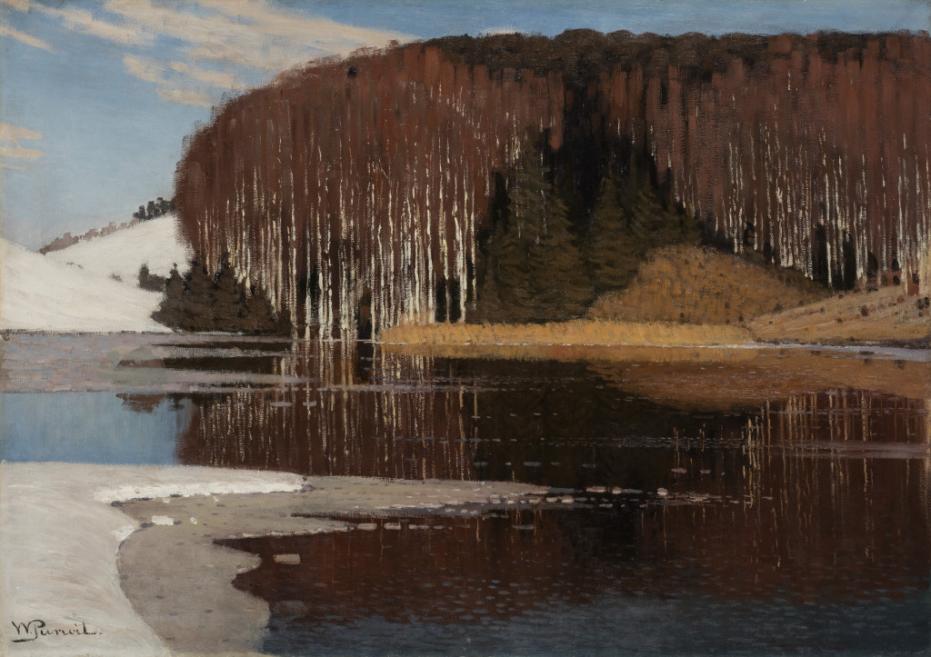 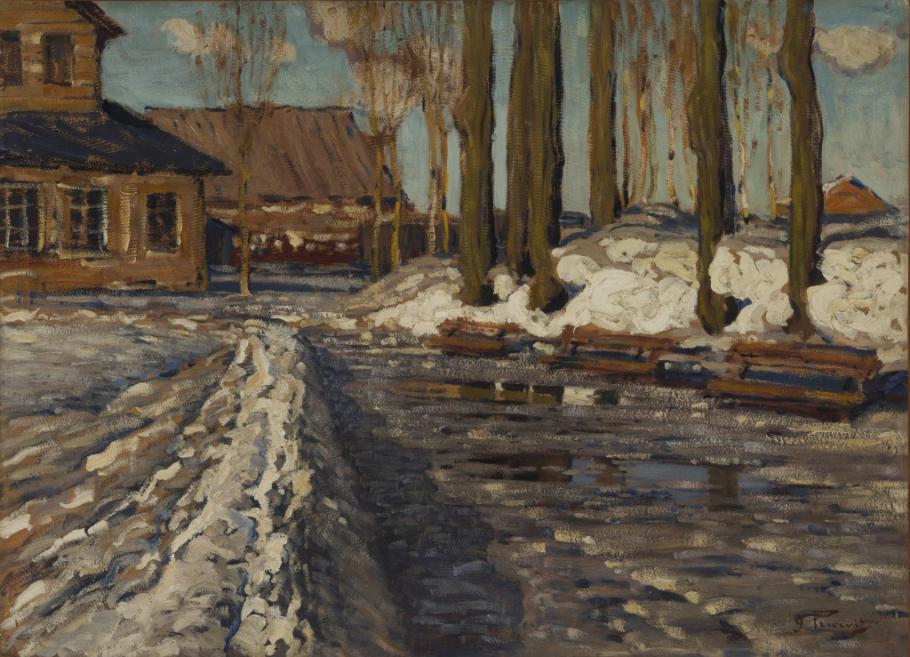 Vilhelms Purvītis. Summer Landscape. First half of the 1920s.
Oil on cardboard. Collection of the Latvian National Museum of Art. Photo: Normunds Brasliņš 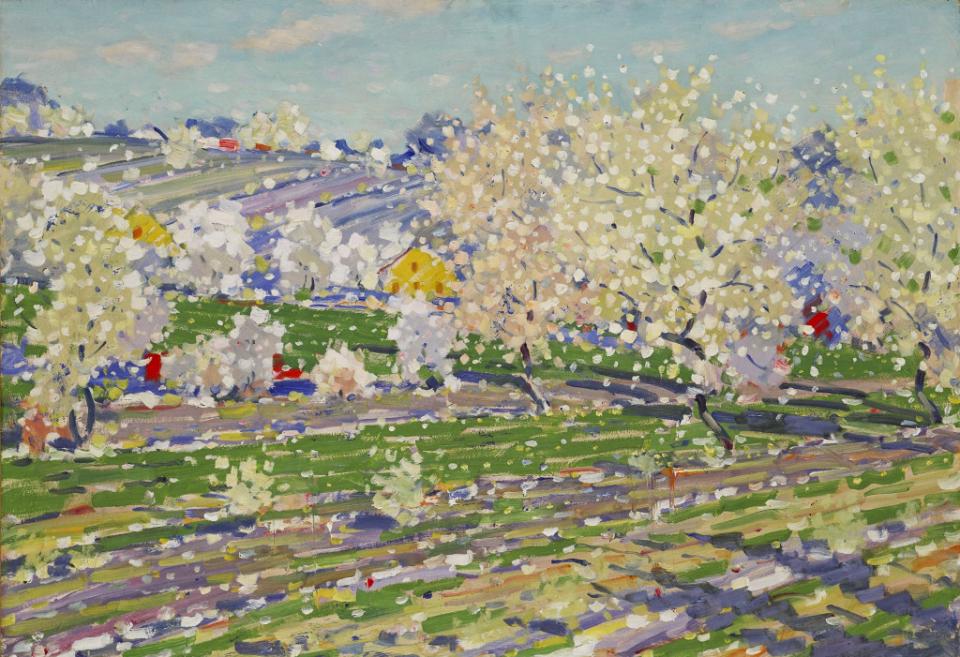 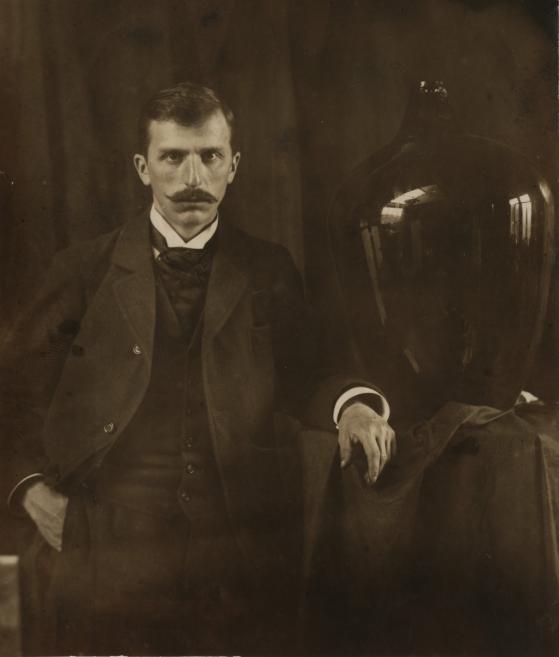 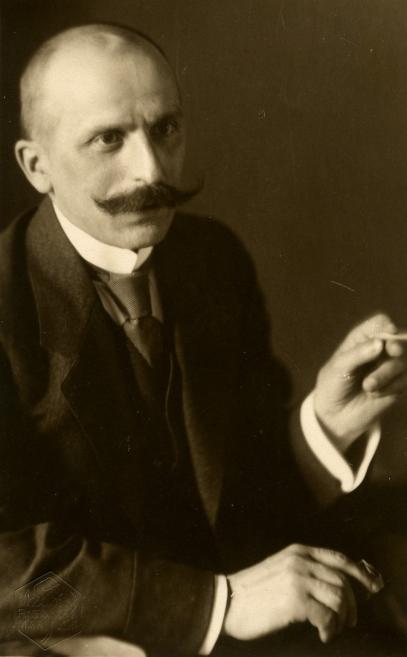 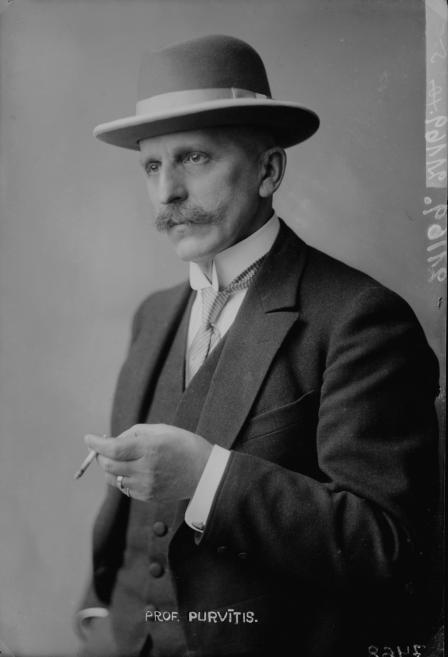 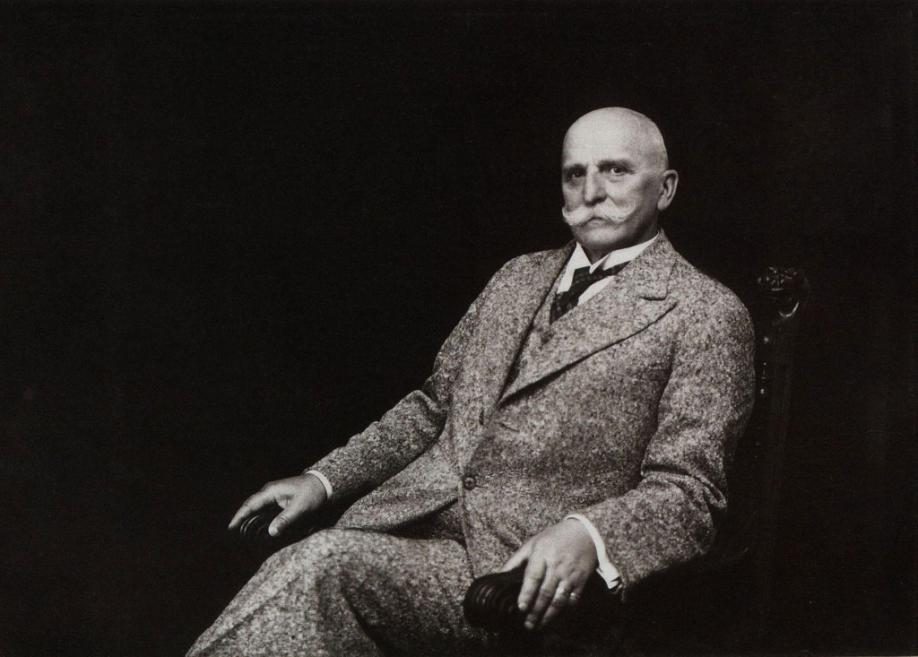 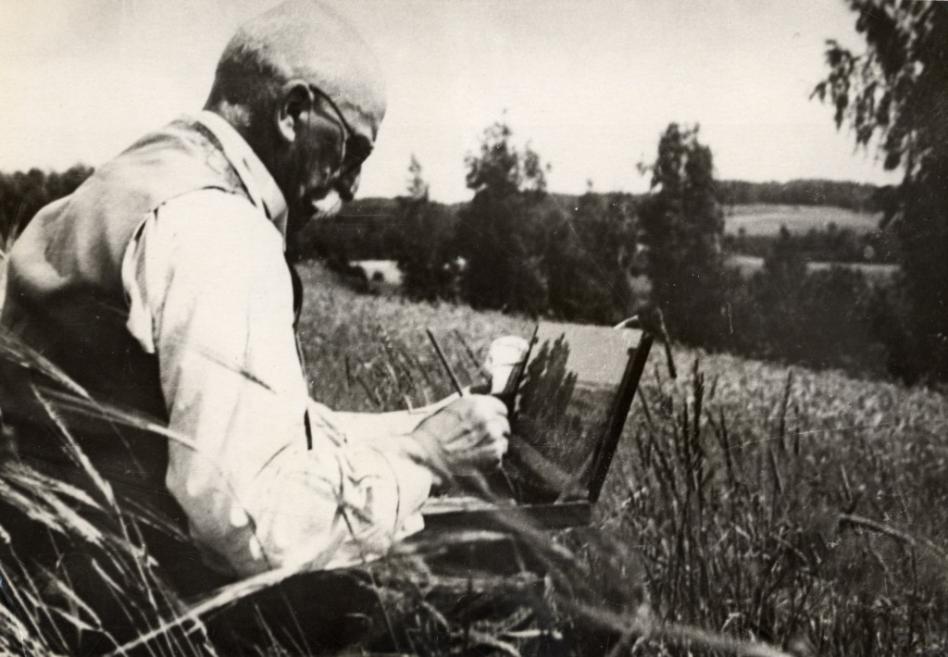 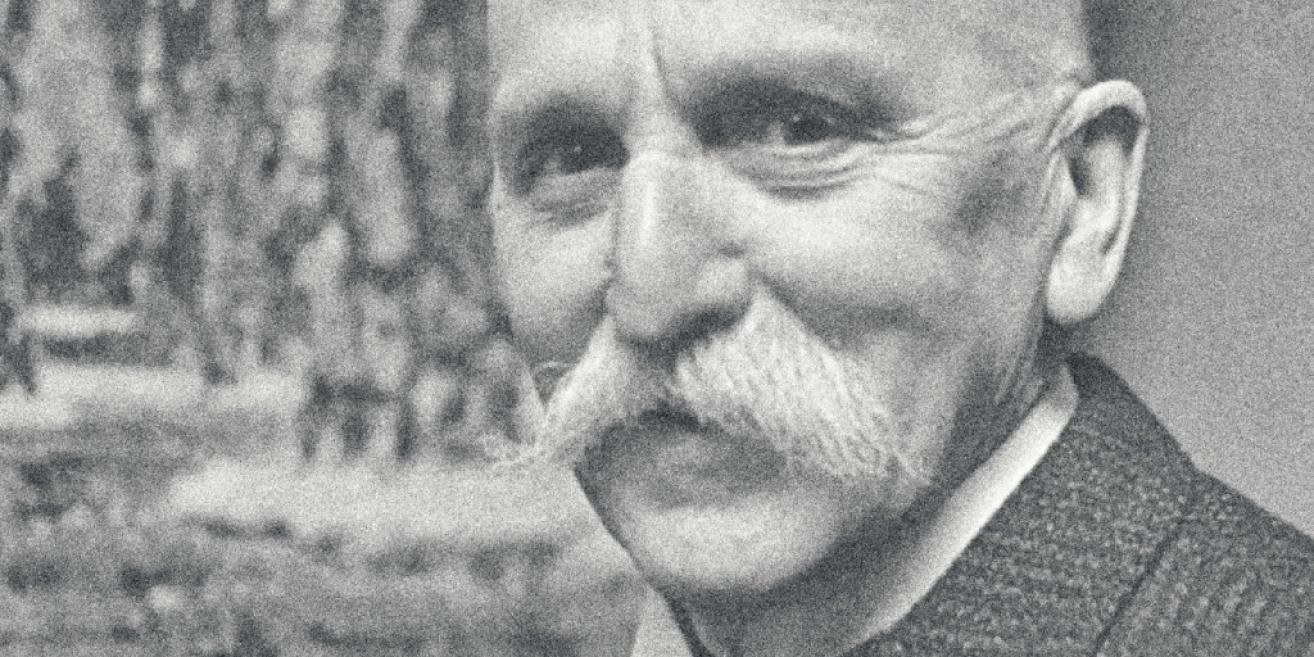 Visual identity of the PURVĪTIS exhibition. 2022.
Detail of a still from the report about Vilhelms Purvītis’ last personal exhibition at the Riga City Art Museum in the newsreel Ausland Woche (No. 552, 1942, Studio UFA, Latvian State Archive of Audiovisual Documents of the National Archives of Latvia)

Dr. art. Aija Brasliņa, Head of the Collections and Scientific Research Department and Curator of the Painting Collection (18th – 1st Half of the 20th Century) / Latvian National Museum of Art 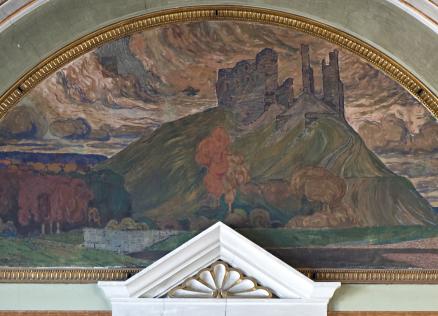 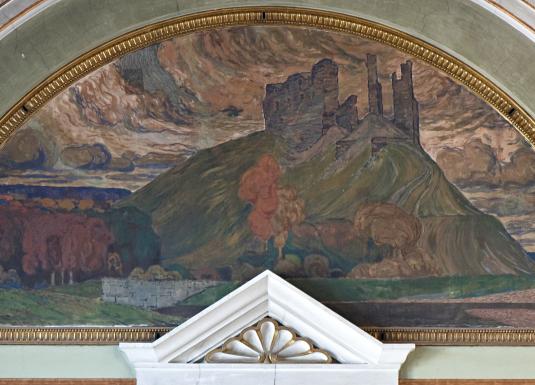 Purvītis' Wall Painting Viewable Close Up at the LNMA