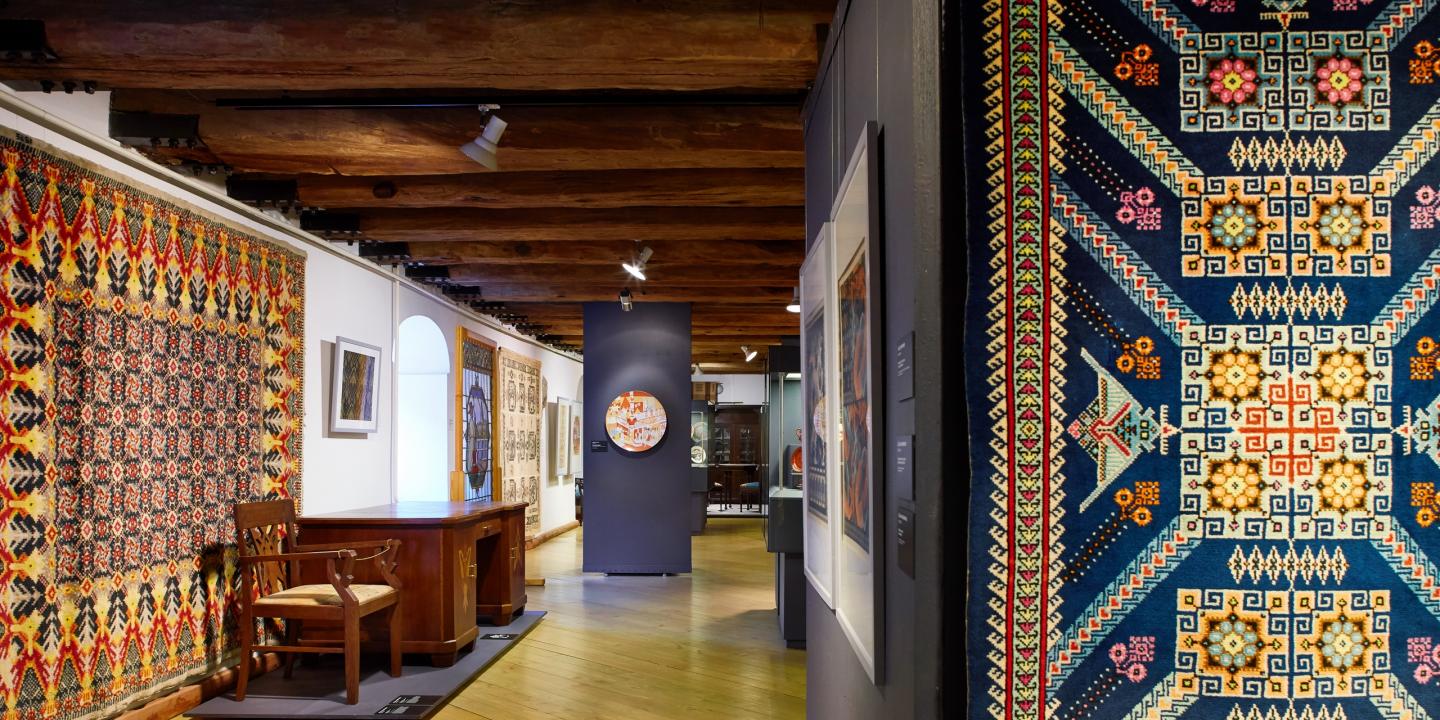 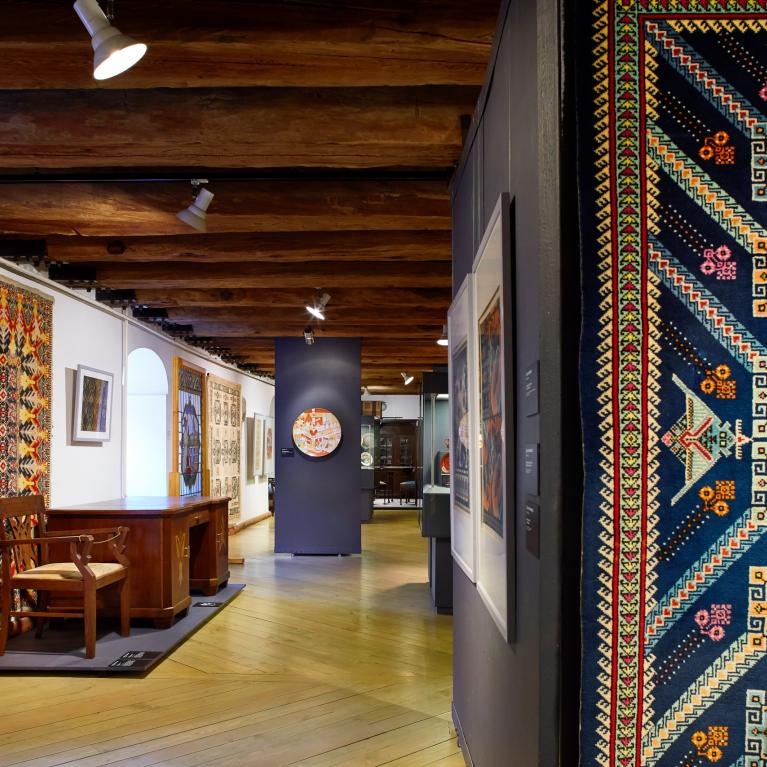 Exhibition Classical Values on the 2nd floor of the museum tells the story of Latvian decorative applied arts in the period from the end of the 19th century until the 1960s.

Exhibition Classical Values on the 2nd floor of the museum tells the story of Latvian decorative applied arts in the period from the end of the 19th century until the 1960s. Latvian professional applied art developed at the turn of the 20th century when a group of brilliant professionally-educated artists – Augusts Julla, Rihards Zariņš, Jūlijs Straume, Ansis Cīrulis, and others returned from their studies in Saint Petersburg and European art schools and began working in the field. At first, they were inspired by popular Art Nouveau. Simultaneously they undertook a careful investigation of the national ethnographic heritage. With the establishment of the Latvian state in 1918, the search for Latvian identity led to the study of the folk art and local adaptations of the modernist movements - cubism, constructivism, and Art Deco that were spreading throughout Europe at the time. A vivid example is the porcelain painting workshop Baltars (1924–1931), which strongly impacted the future development of Latvian porcelain.

In Latvia, as in other European countries, the 1920s–30s brought the blossoming of national patriotism, demonstrated by the creative endeavours of the masters of applied arts. Particularly unique examples are the furniture sets, textiles, and ceramics designed by Ansis Cīrulis. Meanwhile, Jūlijs Madernieks’ sketches for decorative fabrics and furniture synthesise natural elements, ethnographic material, and modernist trends.

The exposition Classical Values audio guide will reveal 31 stories about Latvian design and decorative artin Latvian, English, Russian, and Easy Latvian language. Additional screens in the exhibition space with previously rarely seen archival photographs, sketches and artwork pictures will add to the experience of significant artists and their work. You only need a mobile phone and headphones to set off on the audio tour free of charge at the museum, at home, or any other place with an internet connection.

The project was realised with the support of the State Culture Capital Foundation`s program KultūrELPA.