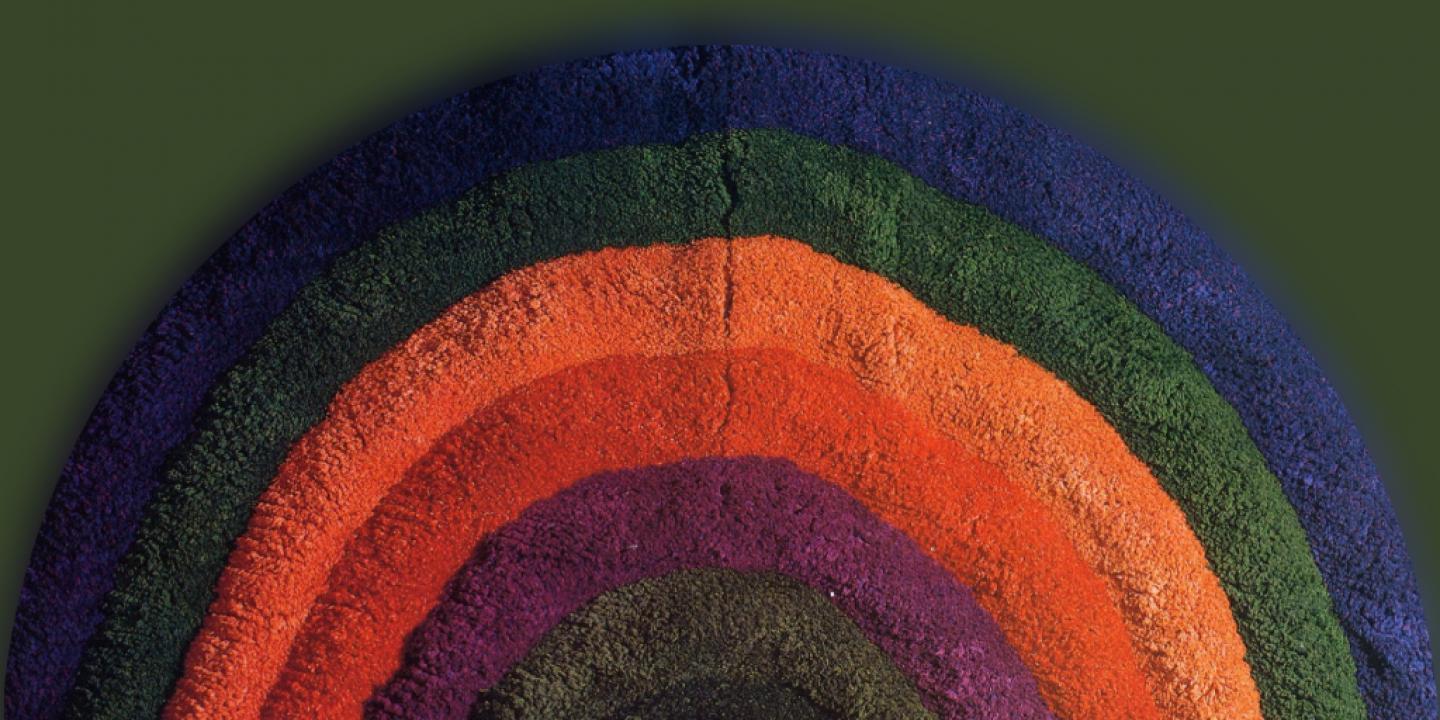 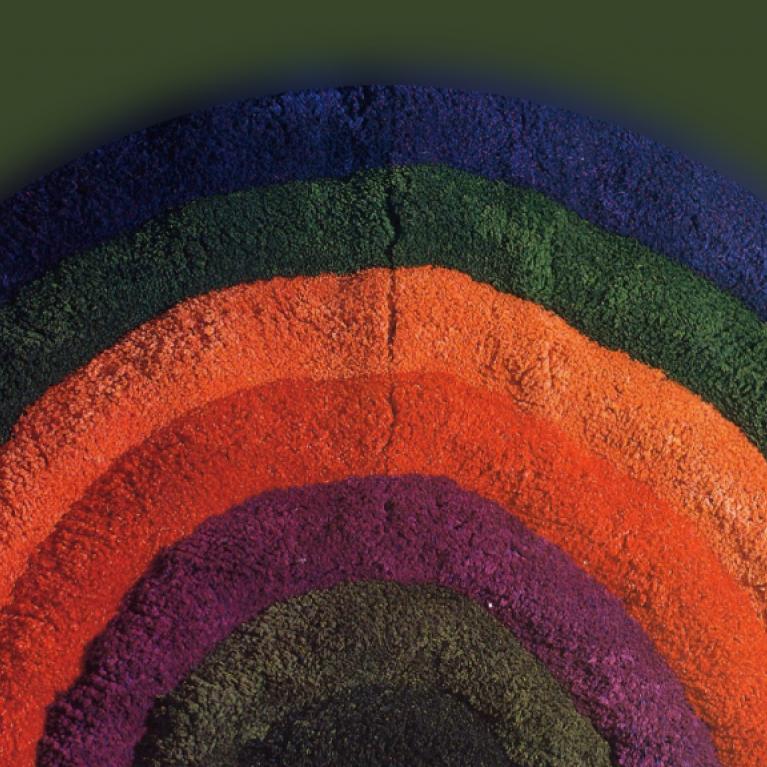 From 14 October 2022 to 13 January 2023, the Museum of Decorative Arts and Design in Riga (Skārņu iela 10) presents the exhibition Hand-crafts introducing the most brilliant Latvian textile art masters of the 1960s–1980s.

The exhibition Hand-crafts invites its viewers to explore the heritage of Latvian textile art from the perspective of the 21st century. The artworks from the storage of the Museum of Decorative Arts and Design (MDAD) were selected to represent different generations of artists and provide an insight into the development of Latvian textile art. This choice has resulted in a diverse, colourful and bright parade of individual creative artistic achievements.

The guiding motif of the exhibition is the rya technique, also called the Nordic technique (in Latvia also called Ziemeļnieku tehnika), whose origins are to be found in the works of craftswomen and home weavers. This technique was originally used for making rugs and warm, piled wall hangings, over time becoming an essential means of artistic expression in the creation of modern textile works. It not only gives variety to the surface textures of the textiles, but also highlights the outline of the composition, creates three-dimensional volume, achieves a play of light and shade and variations of colour tones, expressing the author’s idea with more sensitivity.

“The title of the exhibition contains several meanings. Firstly, while working on the exposition, we looked through the rich textile art collection with the aim of showing viewers a group of original works that have not been seen in exhibitions for years. Secondly, we wanted to make this exhibition from a historical perspective and take a look at the origins of modern textile art,” says Rūta Rinka, Curator of the Textile and Leather Art Collection at MDAD.

Artistic weaving developed alongside Latvian professional applied arts and the early 20th century axiom about unified design of space and environment where textiles were integrated in a unified interior composition.

In the early 20th century, weaving skills could be acquired in Latvia in a variety of handicrafts and weaving courses. In 1909, courses of artistic weaving were opened by a guest from Sweden, a specialist in various weaving techniques, Hildur von Etolen. The following year, she took part in the exhibition of Latvian artists’ works with several textiles woven in the rya technique. Etolen herself lived and worked in Latvia for only a short time, but her students continued to popularise the master’s weaving skills. Possibly, that is when the participants of the courses first learned about this way of weaving which was so popular in the Nordic countries. Later rya technique was taught in professional crafts and applied art schools.

Already in the 1920s, Milda Klēbaha’s workshop offered modern rugs and other interior design items in the Nordic technique. A similar workshop was opened by Elga Kivicka. In the 1920s–30s, designs for rugs and wall hangings in the rya technique were also drawn by Jūlijs Madernieks and Arvīds Dzērvītis.

Textile art grew in prominence in the late 1960s and early 70s, when young artists, the recent graduates of the Textile Department of the Art Academy of Latvia, experimented with the material, techniques and spatiality of textiles, started producing textile objects with relief and volume. New possibilities of artistic expression in the creation of contemporary decorative works were found through the use of ancient techniques of handicrafts and weaving. Alongside ornamental compositions, works which were decorative and at the same time abstract in their intention were being made with increasing frequency.

To realise their ideas, textile artists often used a combination of several techniques, including the Nordic technique. Piles could either cover almost the entire field of the composition or become a small but significant accent on the even surface of the tapestry. In the late 1960s, architect and painter Georgs Barkāns also took up textile art, and it is in his textiles where the surfaces woven in the tapestry technique are often complemented with piles in the Nordic technique. 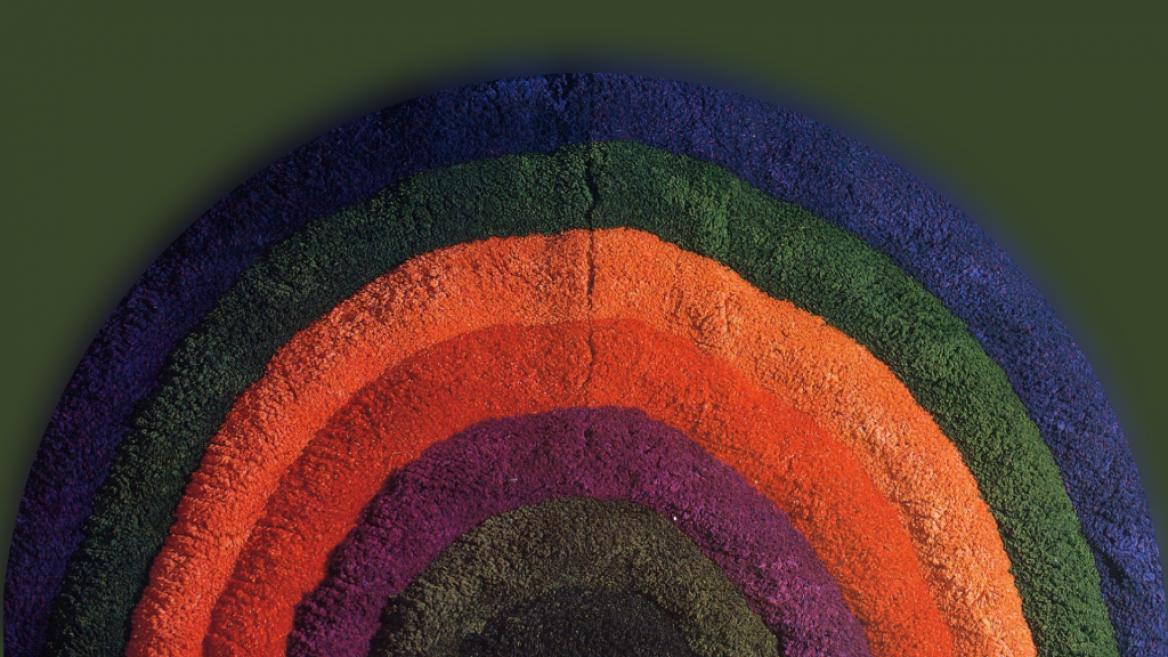 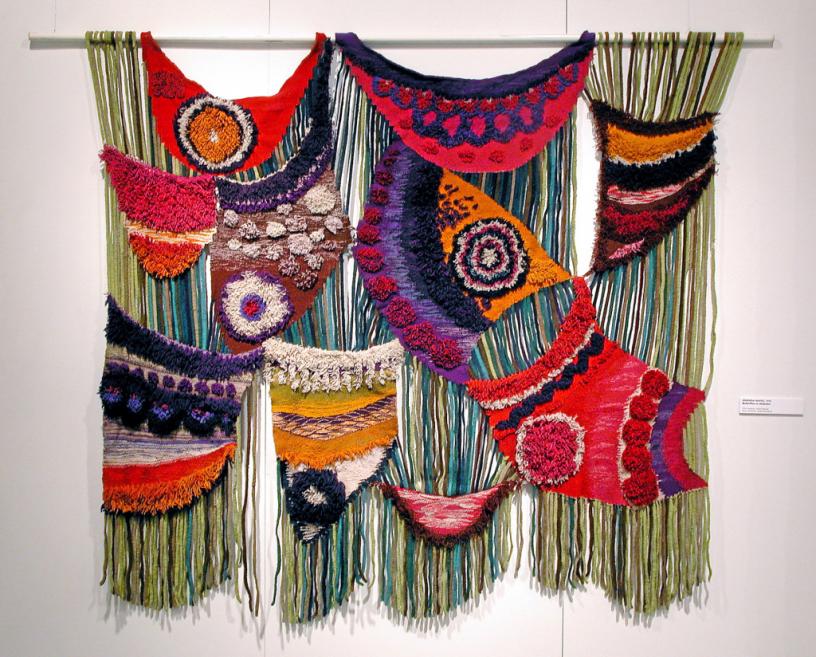 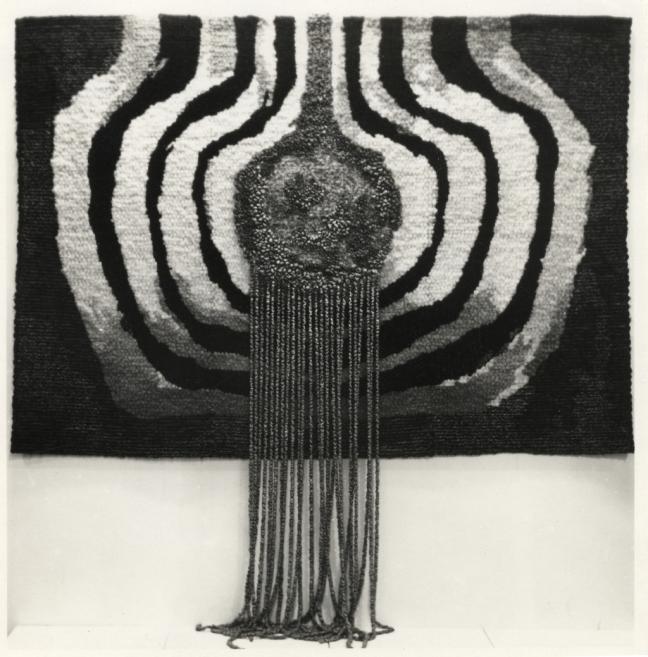 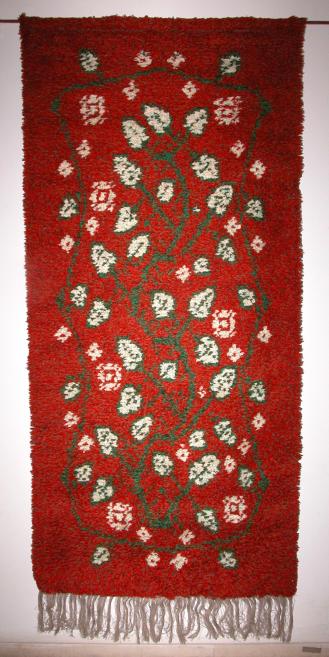 The presented selection from the collection also highlights other weaving skills which are less known and out of use today – on display are works made in the most common and ancient kind of fabric, plain weave, where the soft, fluffy, unspun wool has been used to create striking, modern textile works. Several wall hangings have been made in the now already forgotten short-pile technique.