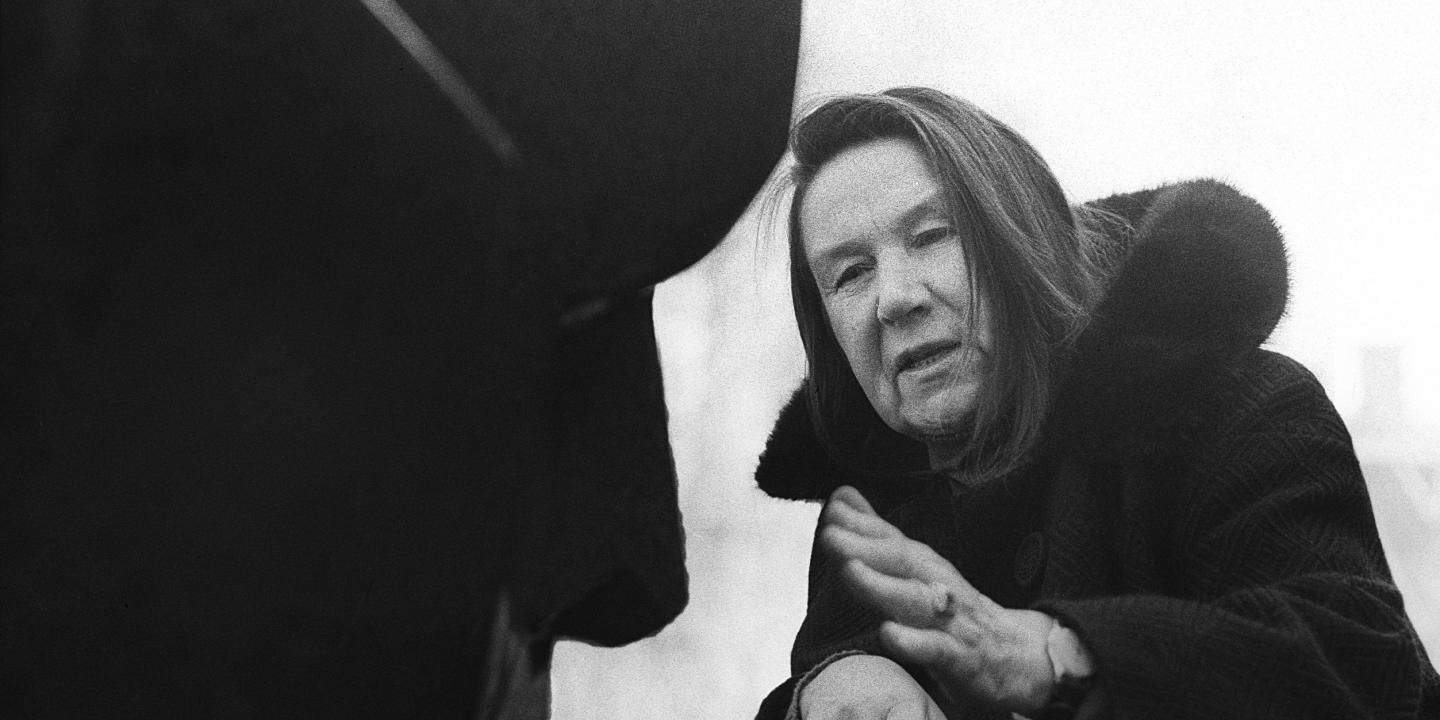 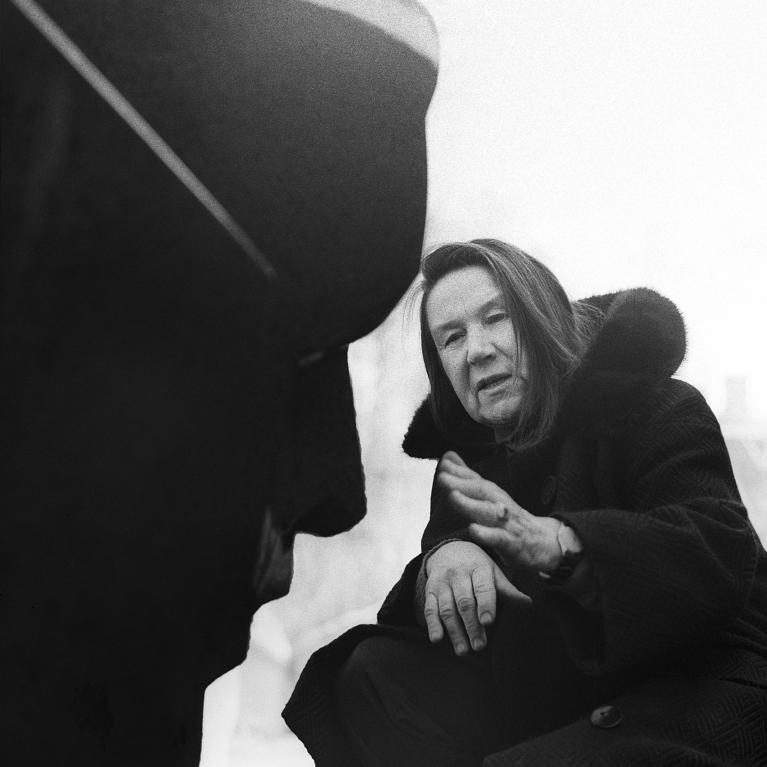 Exhibition from The Generation cycle

The Sculptor, an exhibition of Lea Dāvidova-Medene works, is presented in the LNMA’s cycle The Generation in the right wing of the 2nd floor of the main building of the Latvian National Museum of Art in Riga (Jaņa Rozentāla laukums 1) from 30 September 2022 to 5 February 2023.

The exhibition focuses on one of the strongest personalities in Latvian sculpture of the second half of the 20th century and an unsurpassed advancer of the genre of portrait in Latvian art – Lea Dāvidova-Medene (1921–1986).

Lea Dāvidova-Medene was born in the independent Republic of Latvia, in Sātiņi Parish, Kuldīga District, but acquired her academic education in Soviet Latvia – in 1949 she graduated from the Department of Sculpture of the State Art Academy of the Latvian SSR with diploma work The Runner, which was supervised by Teodors Zaļkalns. The artist’s first independent works conformed to the principles of socialist realism which had been established with methodical rigour and fortified already at the academy. In 1951, Dāvidova-Medene began to take part in exhibitions, completed first commissions which represent the tenets of the time: art was an ideological tool, realist in form and socialist in content. In 1956 the sculptor was admitted to the Artists’ Union of the LSSR and elected to its council.

However already in the second half of the 1950s, alongside Khrushchev’s Thaw which brought greater freedom to art, Lea Dāvidova-Medene developed an individual style and announced herself in exhibitions as a talented portraitist. Her admirable productivity, academic education acquired from such classics of Latvian sculpture as Teodors Zaļkalns and Emīls Melderis as well as the decision to take up portraiture, which was popular in Soviet art and considered to be one of the hierarchically highest genres, allowed Dāvidova-Medene to fully realise herself professionally.

Of great importance to the development of the sculptor’s work as well as artistic life in Riga was the Artists’ House, built in 1960 near the Daugava river, in Komjaunatnes krastmala (today – 11. novembra krastmala). On the ground floor of the building there were studios intended for sculptors, in which Lea Dāvidova-Medene and other masters worked from 1962 onwards. The 1960s also were the heyday of stone sculpture – besides portraits cast in bronze, the artist, like her contemporaries, turned to carving granite and marble. Both the tradition of stone sculpture and the principles of the harsh style of the 1960s were characterised by a tendency towards generalisation and heroism. For sculptors, it meant taking interest in the use of plastic-constructive elements which helped achieve generalisation of the image through formal means.

In subsequent years Medene’s art retained its realistic character, yet there was development in the portraits’ tectonic clarity, formal approximation, courageous stylisation and conscious exaggerations – lengthened necks, sharp turns of the face, tense expressions, hyperbolised focus on separate facial features and at the same time – rejection of tiny details. “An artist ought to be strong enough to be simple. Everything that complicates perception is to the detriment of the work. It is a blot floating on the surface – in water, in life, in art. As Zaļkalns used to say – an artist ought to reach deeper,” the sculptor has said about her method of work. 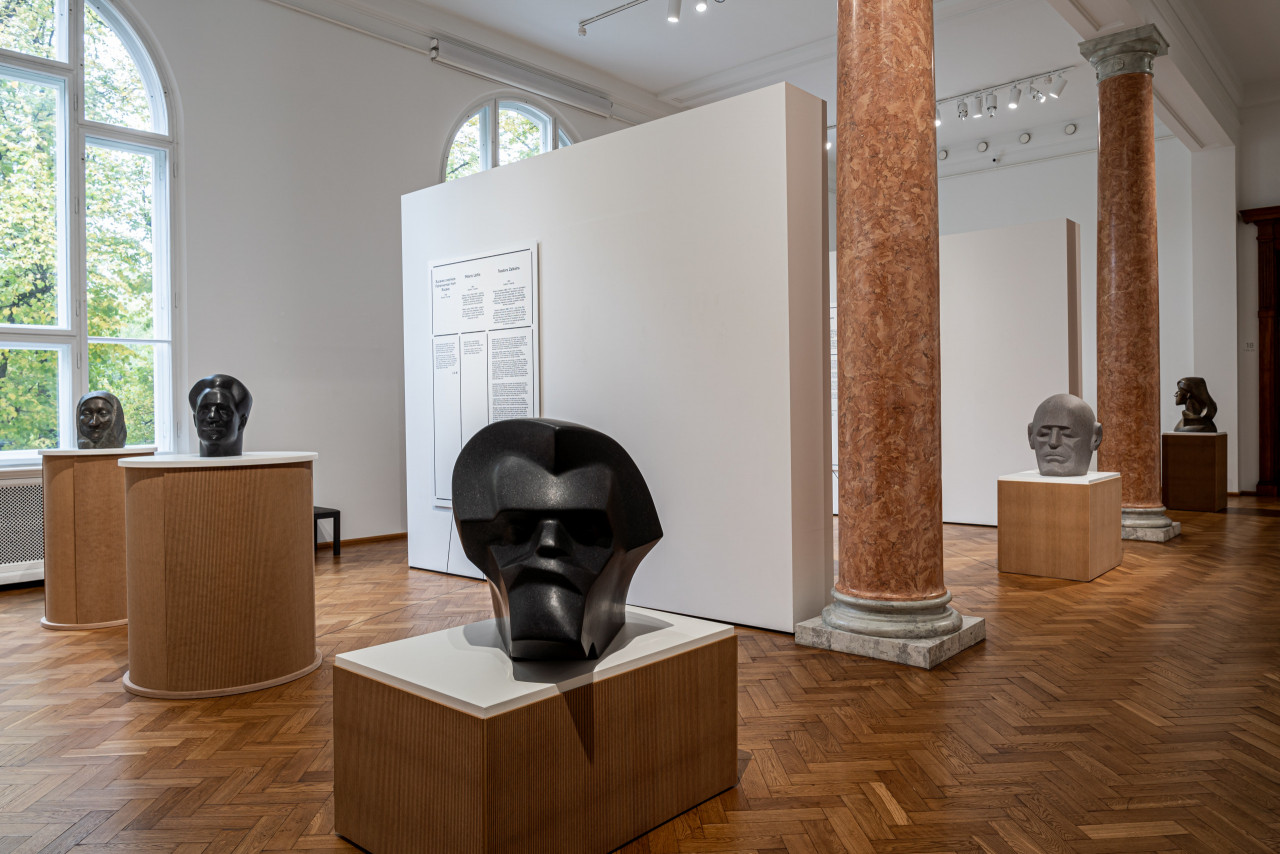 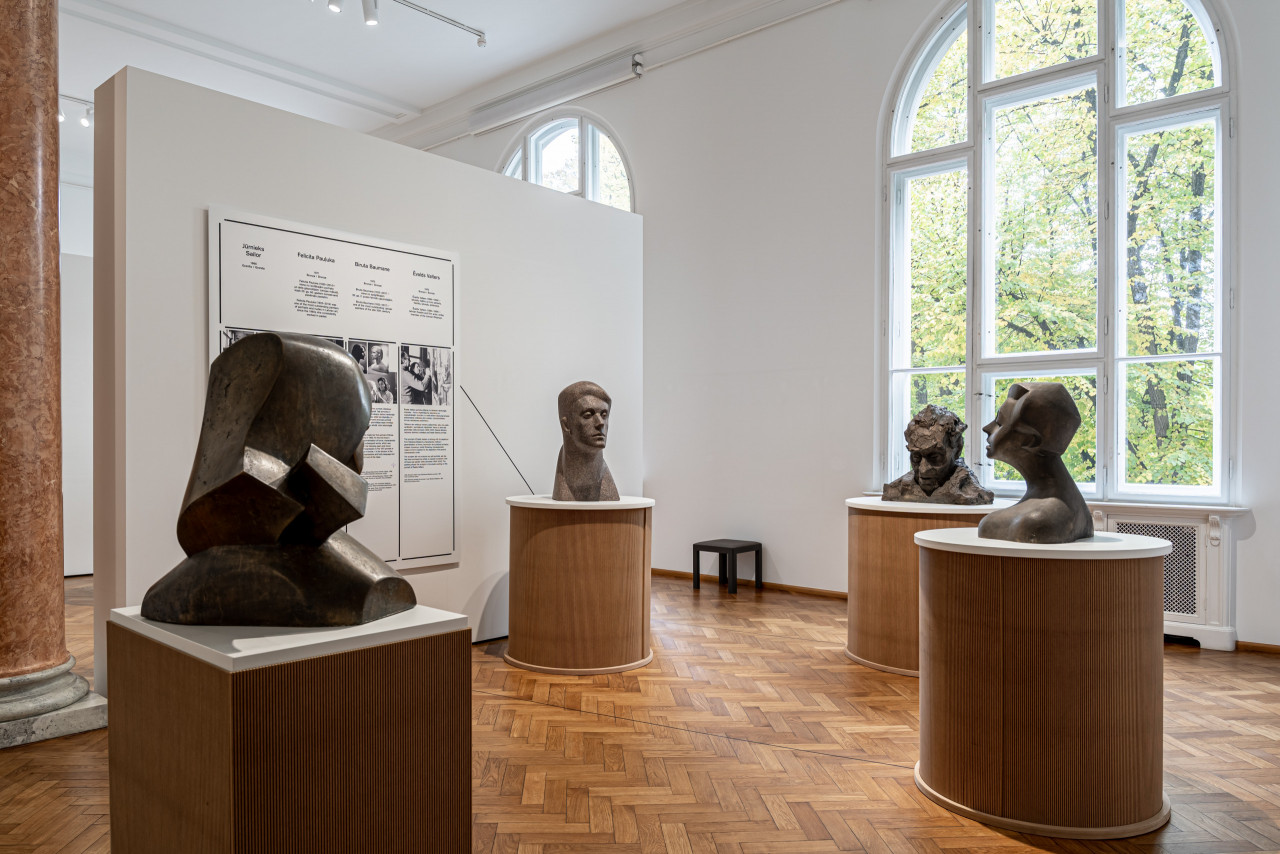 Carefully selected sitters were invited for in-person sessions in the master’s studio – in contemporaries, colleagues, like-minded individuals and, inevitably, heroes of socialist labour Lea Dāvidova-Medene looked for untypical and strong characters. Hence the exhibition is conceived as a selection which gives an overview of all stages of artist’s career, revealing the models of her portraits as kindred spirits significant to the author – starting from the early portrait Fisherwoman from Rucava (1958), whose prototype is Anna Baltais, sister of the Lea’s mother, continuing with her first work carved in hard material – black granite, which brought the young sculptor critical acclaim – the portrait of prominent Latvian graphic artist Pēteris Upītis (1960), and moving on to depictions of close contemporaries-artists, representatives of the performing arts and other outstanding works from the collection of the Latvian National Museum of Art. 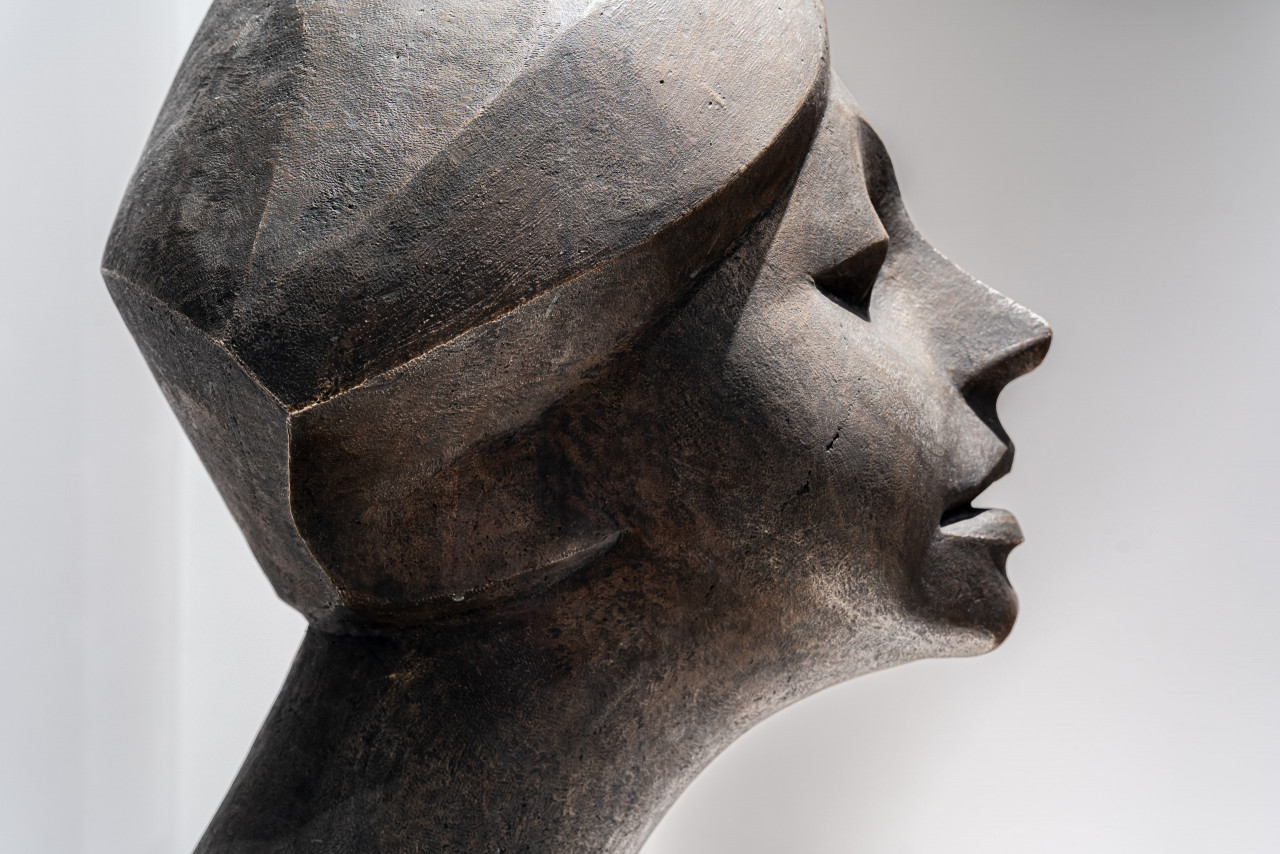 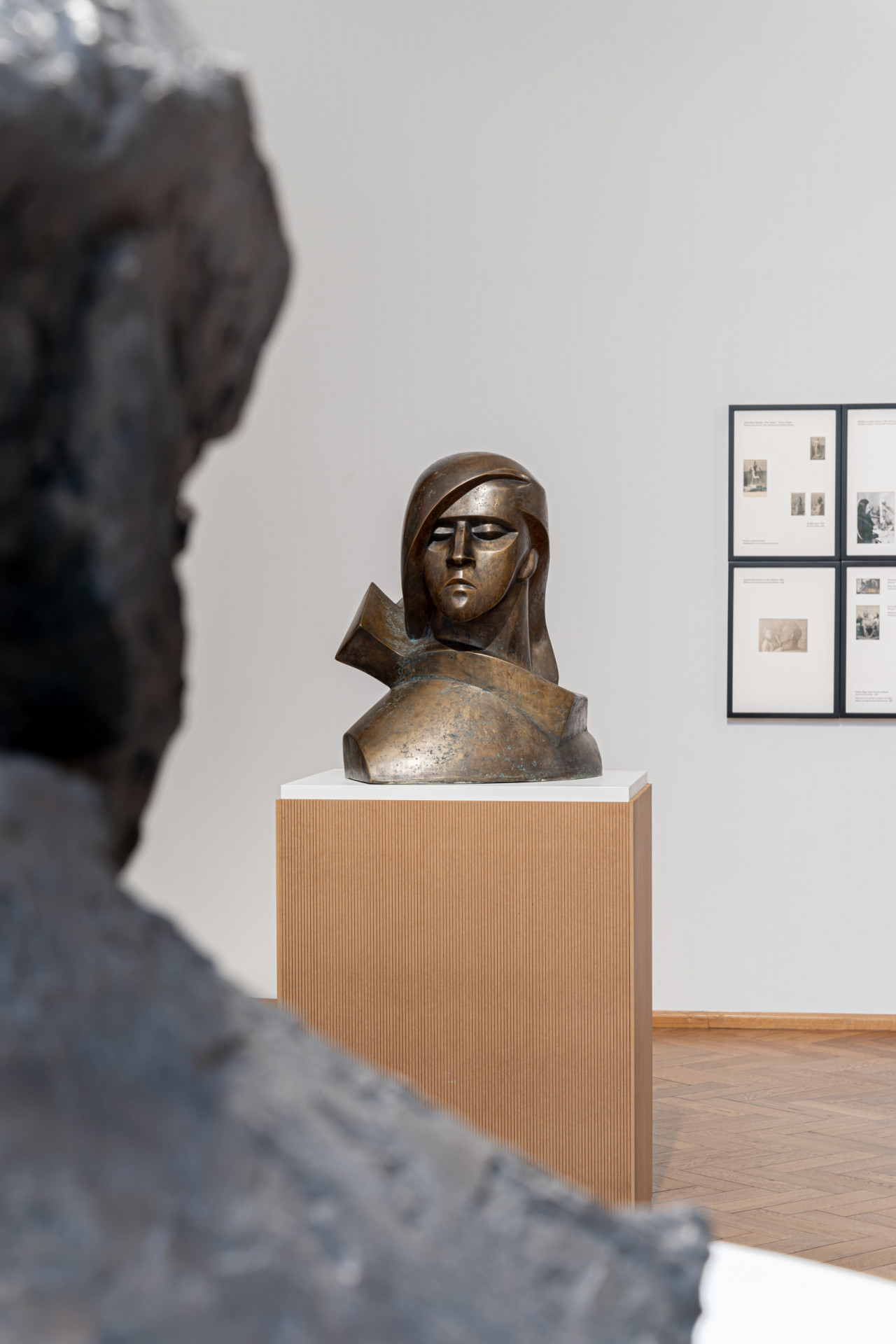 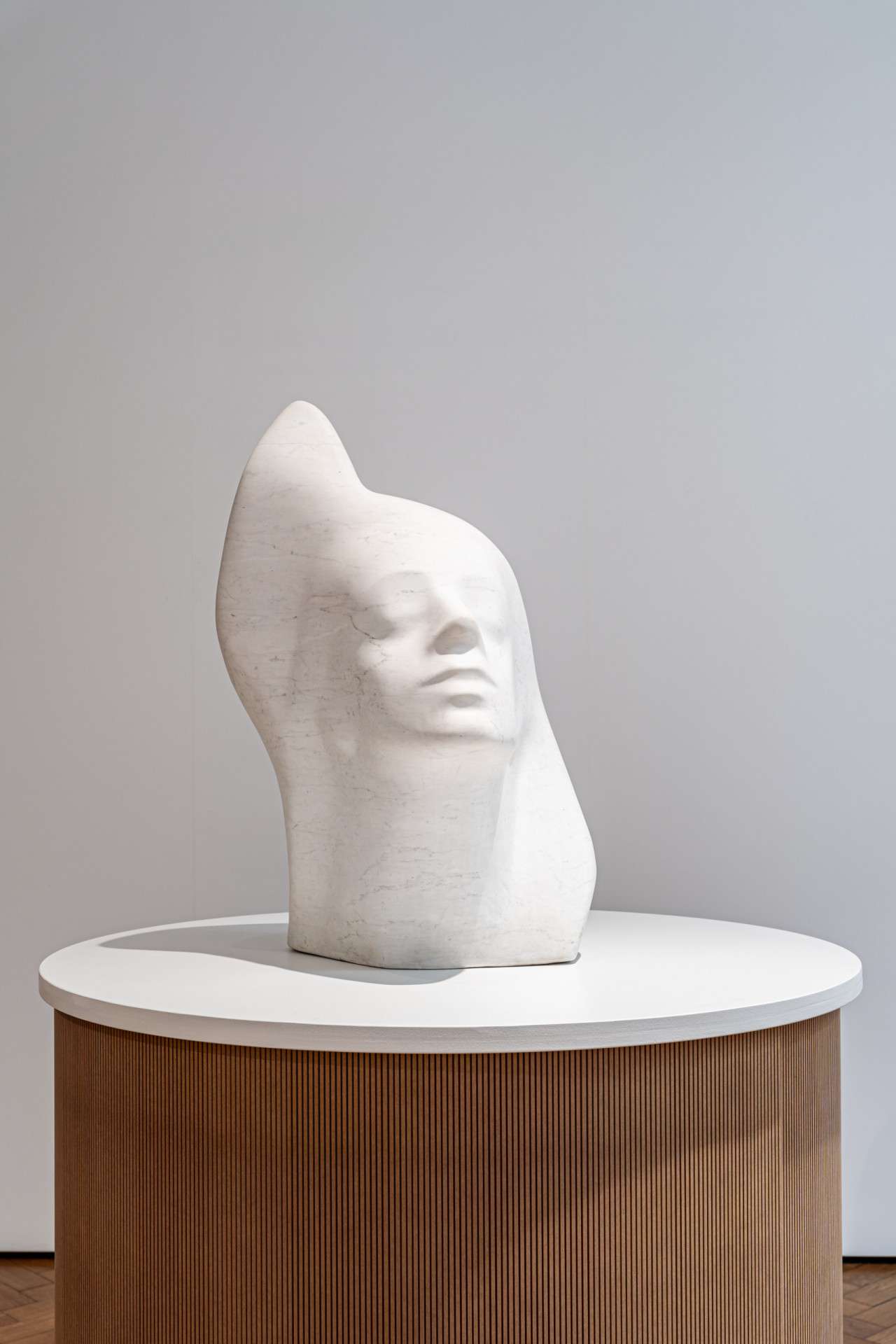 During her lifetime Lea Dāvidova-Medene earned critical and official recognition: in 1965 she received the Latvian SSR State Prize, in 1966 – the honorary title of Honoured Art Worker of the Latvian SSR. Several works were always simultaneously in process in Dāvidova-Medene’s studio, she actively took part in exhibitions, held many personal exhibitions. In public life – interviews, discussions, congresses of the Artists’ Union – the sculptor’s voice was convincing, often sharp and it had weight. In 1985, a monument to Krišjānis Barons by Lea Dāvidova-Medene was unveiled in Vērmanes dārzs. The artist’s portraits of important personalities in the field of culture can be seen not only in Riga, but also elsewhere in Latvia – including Madona, Skrīveri, Tadenava.

A little over one hundred years have passed since the birth of sculptor Lea Dāvidova-Medene, yet opportunities to see Latvian art of the second half of the 20th century in the museum’s exhibitions are very limited, therefore it is logical that the master’s name is mostly known only among art experts.

Lea Dāvidova-Medene’s life encompassed a complicated period in Latvian art, and she also had to deal with compromises related to socialist ideology and its manifestations in art and everyday life. Though looking at the artist’s creative legacy from today’s perspective, it is clear that it exceeds the label of ‘Soviet art’. Here is art created by a professional sculptor and a strong personality which is capable of both telling about its time and, through its vitality, of surprising and emotionally addressing contemporary viewers.

To get closer to the personality of Lea Dāvidova-Medene and her contemporaries, the exhibition is accompanied by documentary materials from the artist’s family archive and the Latvian State Archive of Audiovisual Documents (National Archives of Latvia). 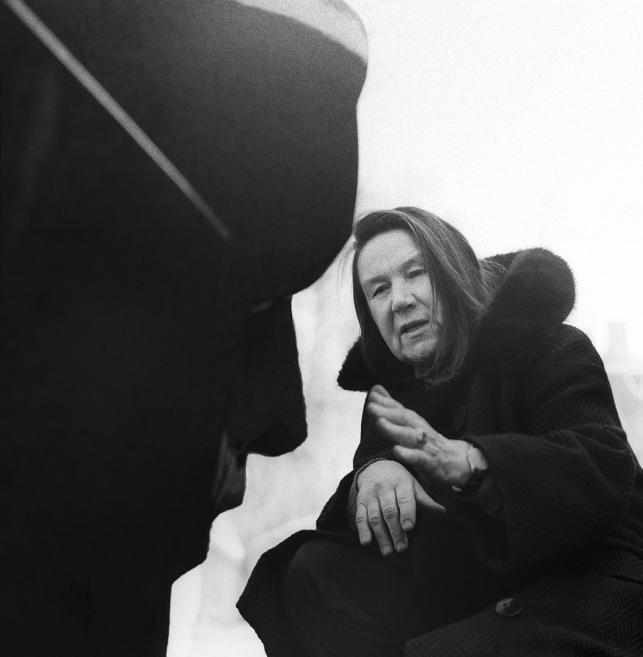 Sculptor Lea Dāvidova-Medene with her portrait
of opera singer Jānis Zābers.
Spring 1981. Photo: Uldis Briedis. Image from the archive of the Scientific Documentation Centre of the Latvian National Museum of Art 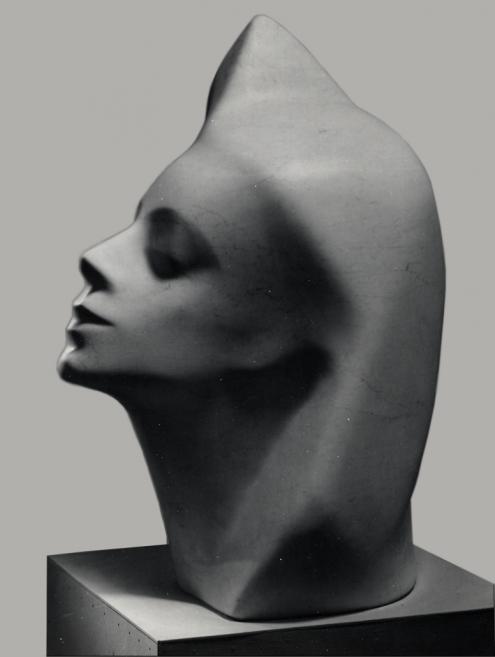 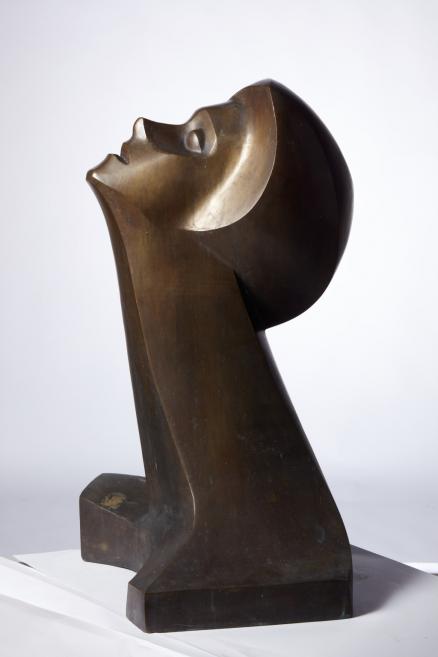 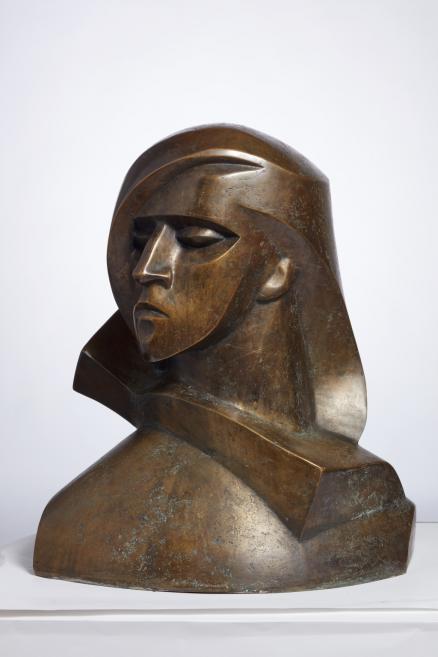 Curator of the exhibition cycle The Generation

The Sculptor. Lea Dāvidova-Medene. Exhibition from The Generation cycle