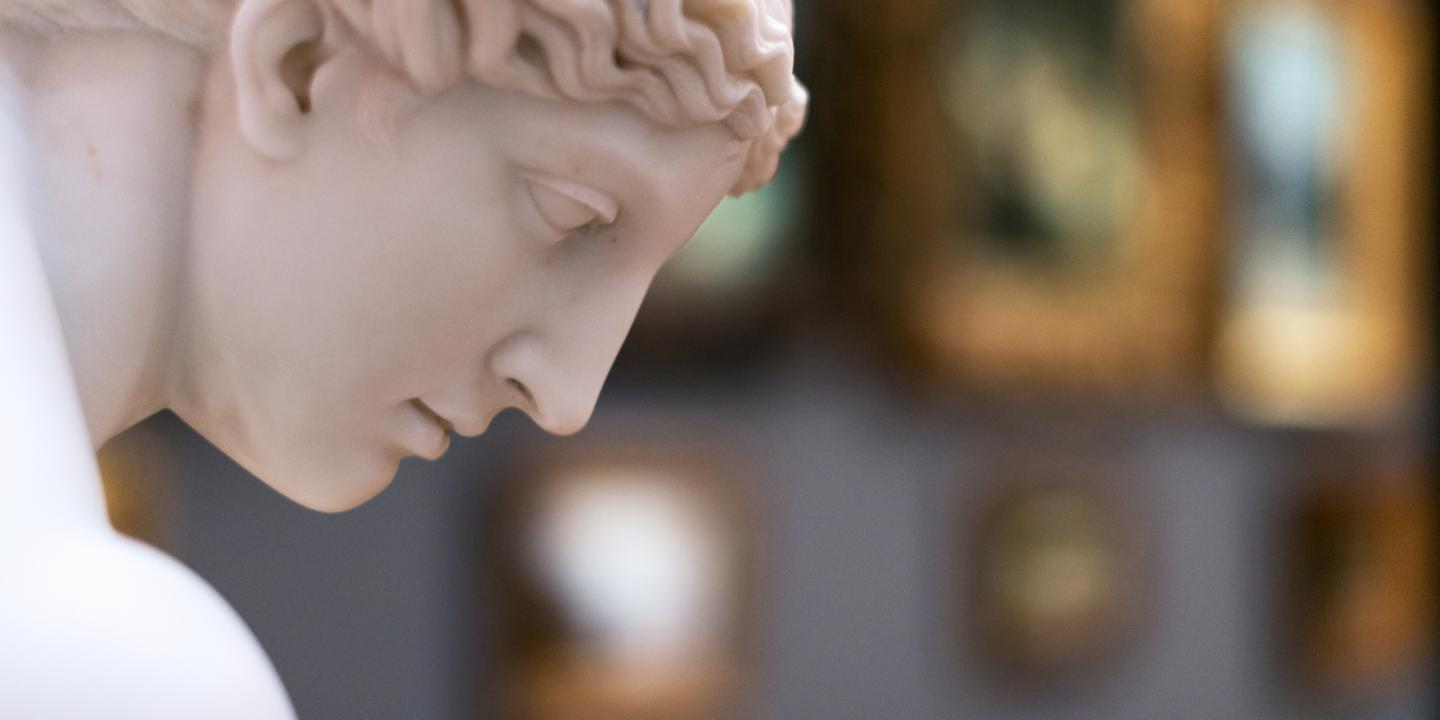 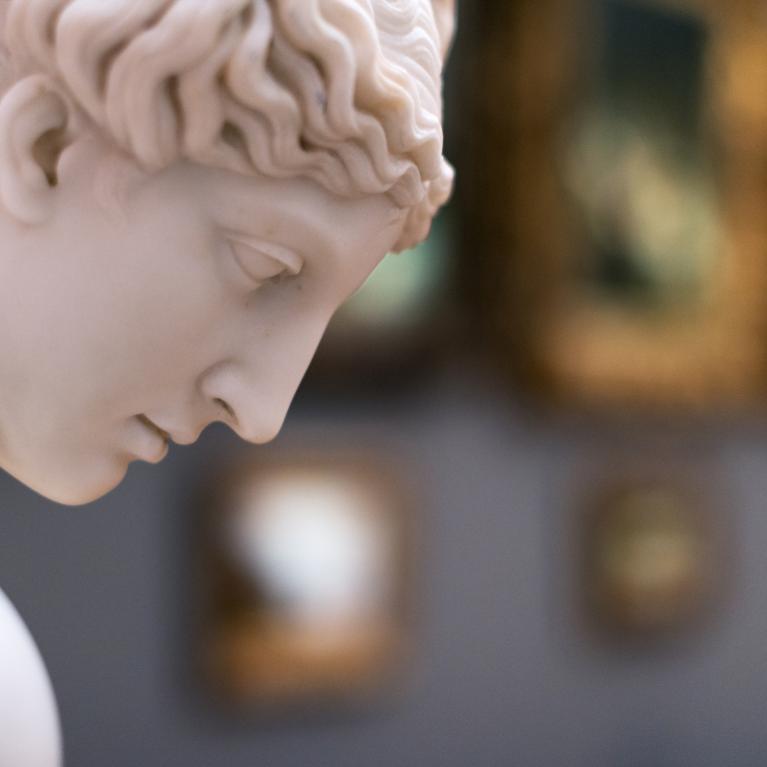 The European Art Gallery is located in the most luxurious rooms of the former Riga stock exchange building on the fourth floor.

Once the balls were held here, mirrors glittered, music was played from the balcony, abundant banquets were made, and life was celebrated. The gallery has been deliberately given a 19th-century feeling because it was the time of the formation of the building’s interior and the time of passionate collecting in the German environment of Riga.

Although the functions of the rooms have changed completely, the idea of splendour and enjoying life remains in this historicism-style interior. The solid wood dividing walls, the heavy, polished showcases full of beautiful objects, and splendid gold frames harmonise with the gilding of the walls, artificial marble panels and wallpaper printed on ancient machines in Germany, parquet flooring, mirrors and gilded chandeliers – this all belongs not only to the golden age of Riga but also precisely characterises the specific nature of the museum’s collections. The interplay between the building and the museum’s collection is made so that the viewer finds it difficult to see the boundary.

The painting display has been arranged by chronologically systematising the best quality 16th–19th century works by national schools and genres. The works of national schools are roughly proportional to the number of works in the collection as a whole with paintings by Dutch, Flemish, German, Italian and Austrian and other artists. The pride of the collection is 17th century Northern Europe painting. This is complemented by ascetic medieval wooden figures of saints and 19th-century Italian sculpture rich in forms of vitality.