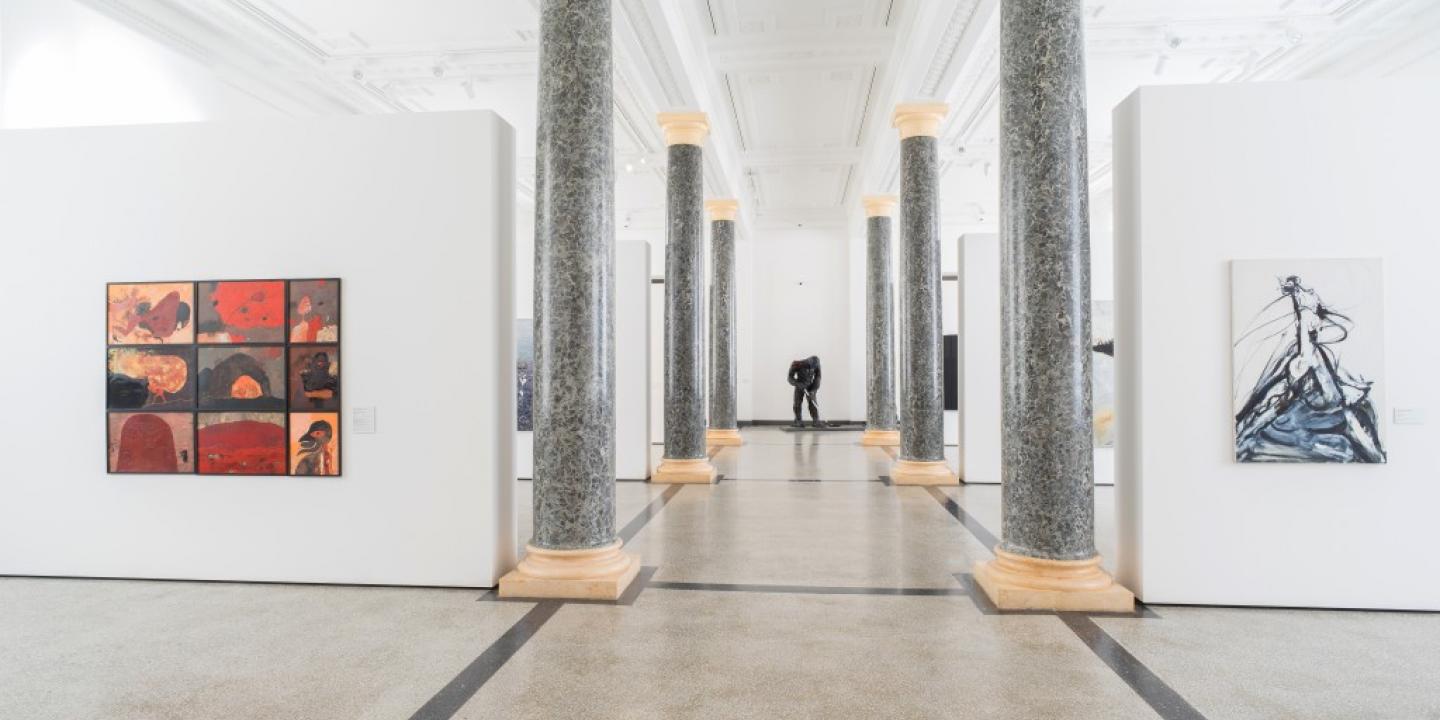 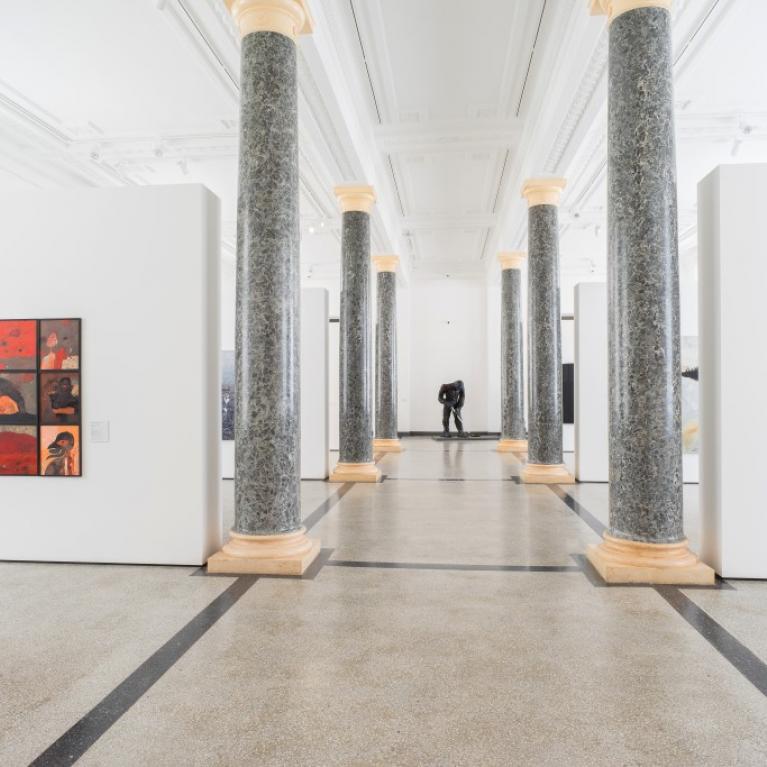 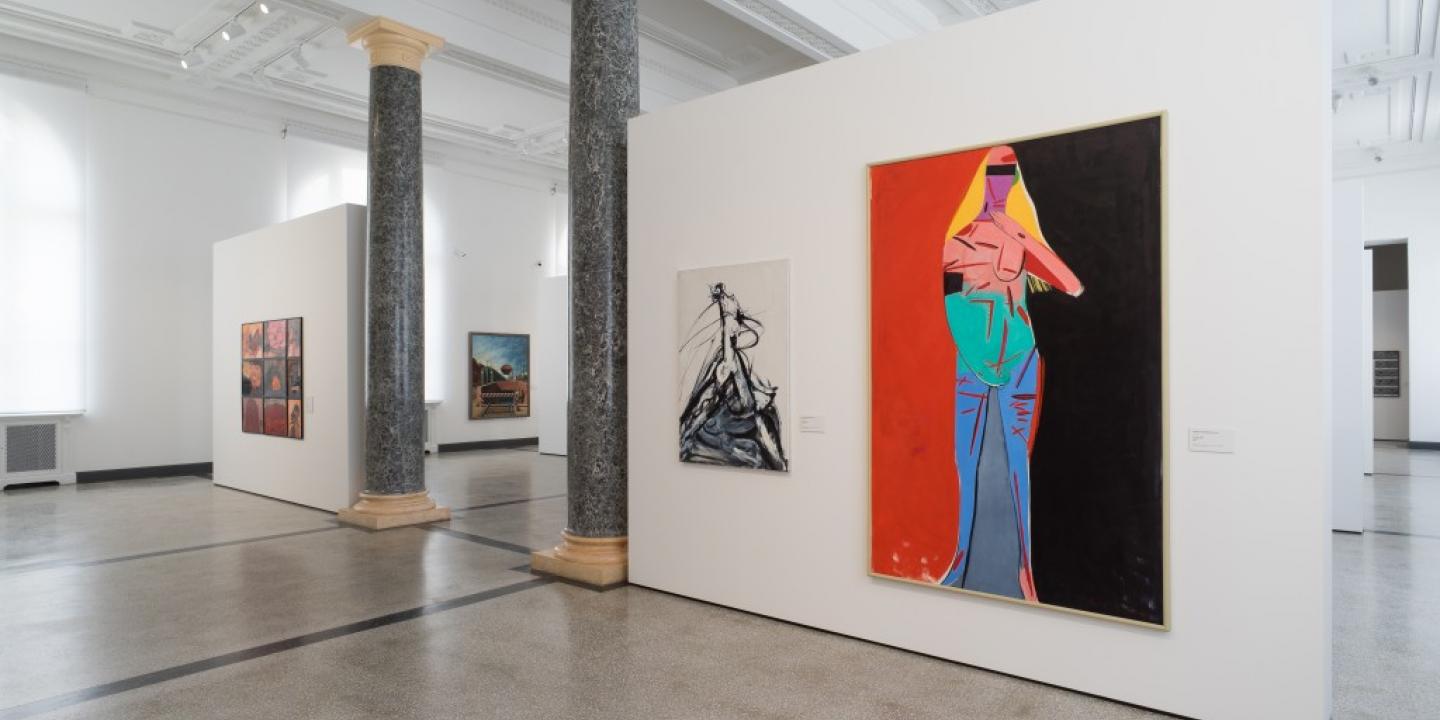 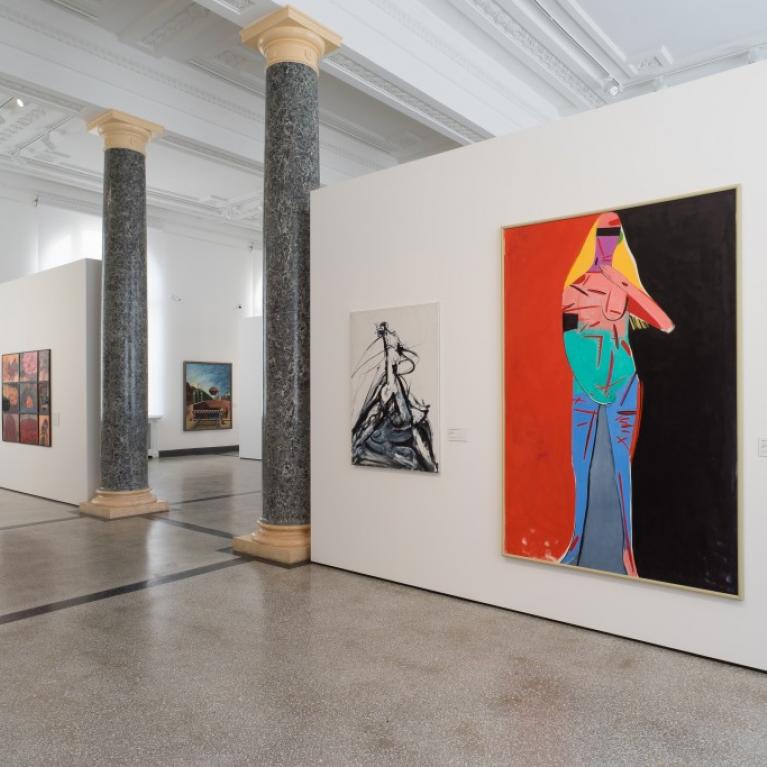 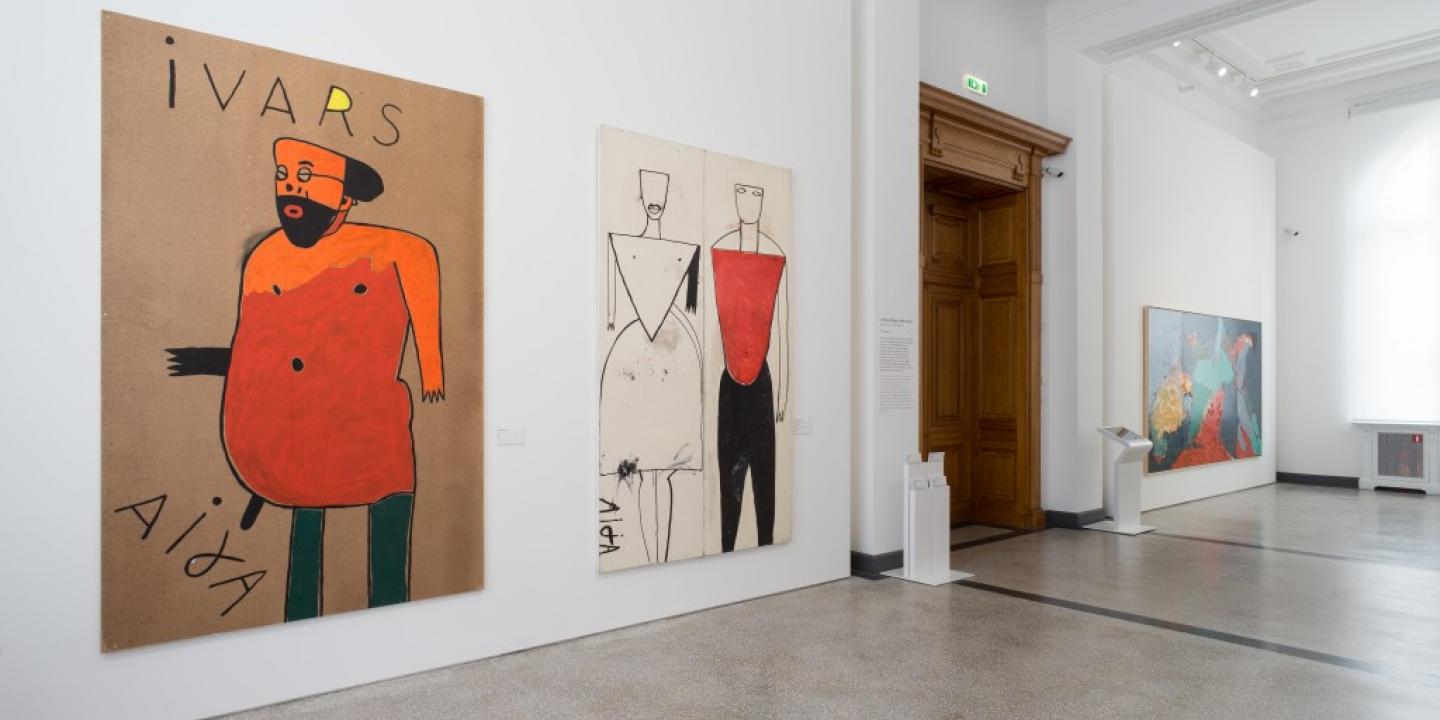 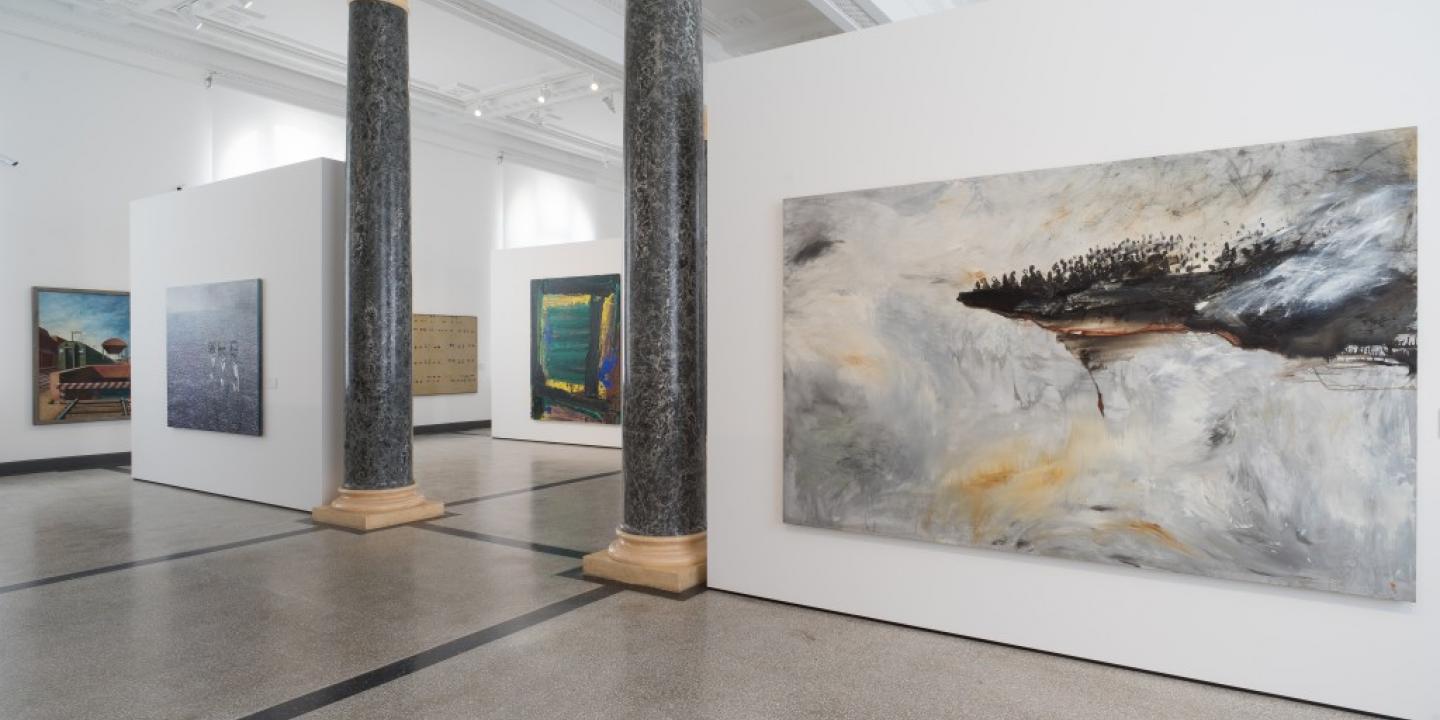 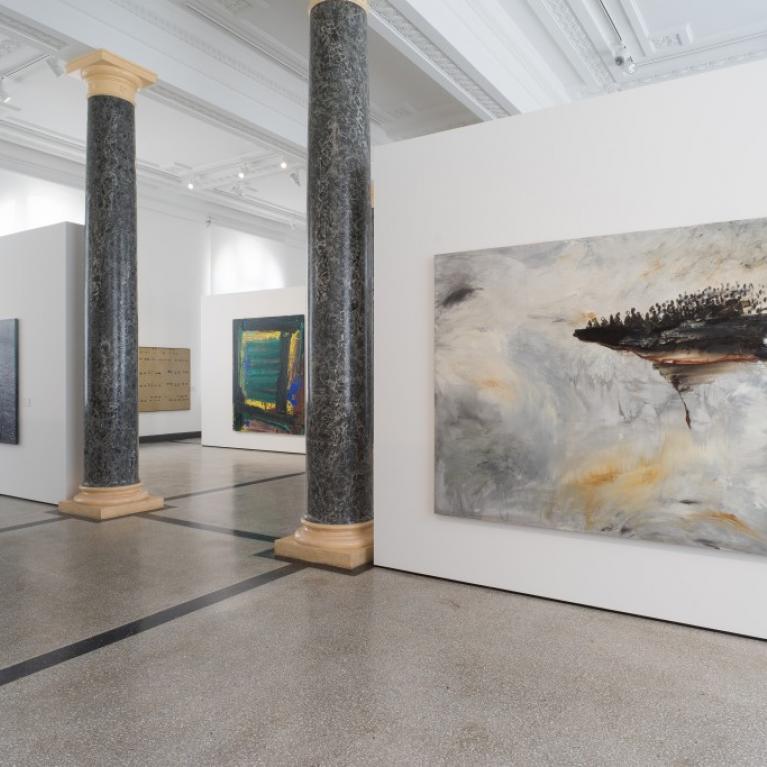 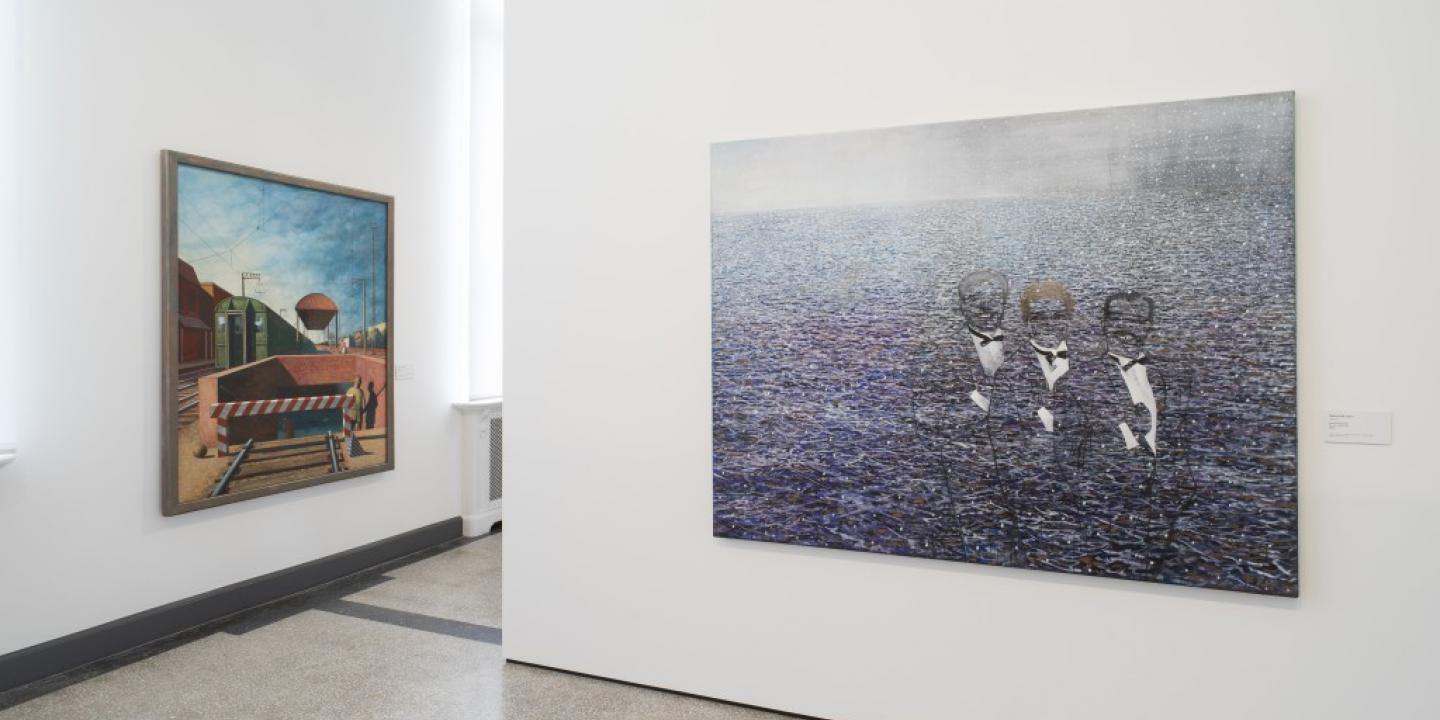 The 1980s in Latvian art was period of significant transformations. Neo-expressionism became a vivid episode in art: artists chose impressive formats and depicted huge, pathetic and deformed figures – metaphors of a dehumanised society.

Ieva Iltnere, Sandra Krastiņa, Jānis Mitrēvics, Ģirts Muižnieks, Edgars Vērpe and Aija Zariņa formed an artists' group, whose activity in the 1980s echoed German Neo-expressionism, Italian transavantgarde and American Bad Painting. The brightest page in the collection of Neo-expressionism are the so-called Super-graphics. The large-format screenprints of Ojārs Pētersons, Andris Breže, Kristaps Ģelzis and Juris Putrāms show signs, symbols and contradictions of Soviet society, their characters struggle to overcome some existential obstacles. This generation of artists has earned the label 'trespassers', they are the avant-garde of their era, who began to work at the time of transformations and contributed to them.

Abstractionism was taboo during the Soviet years, hence this artistic movement arrived in Latvia belatedly – only in the 1990s, when ideological prohibitions had ceased. This was also the beginning of intensive communication with Latvian émigré artists, whose creative careers had formed under the influence of abstract expressionism.

Conceptualism appeared in Latvia in the mid-1980s, its forebear was the 1984 exhibition Nature. Environment. Man in St. Peter's Church. This event was a watershed and inaugurated an era of performances, objects and installations, which blossomed, begun to dominate and in the 1990s removed painting from its leading position. Politics, ecology, social life were often the resources for ideas in this period. The most prominent installation artists of the time were Oļegs Tillbergs, Andris Breže, Gints Gabrāns and Vilnis Zābers.